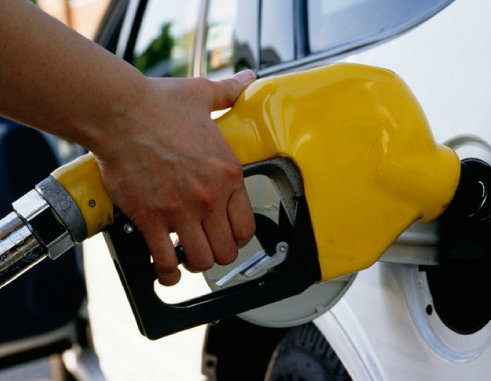 WHEN the retail prices for fuel products are adjusted next week Monday, the chances that gasoline and diesel prices at the pumps will be adjusted downward are mighty slim.

This understanding was derived from a statement read in parliament last week Tuesday by Prime Minister Allen Chastanet regarding his administration’s justification for keeping the excise tax on unleaded gasoline and diesel above $4:00.

The prime minister said that despite the policy intention of having an excise tax rate of $4:00 per gallon of gasoline and diesel the actual excise tax rate from July 3, 2017 to December 9, 2018 was consistently below the $4:00 mark.

With respect to diesel he said government was actually collecting an average of $3:71 per gallon for the period due to a policy to keep retail price on the island stable amid “international crude oil prices, which increased by 30 percent since July 3, 2017 to an average rate of US$61:04 per gallon.”

“In keeping with these developments the excise tax revenue collection on gasoline and diesel had been notable below approved budget levels. The excise tax revenue generate during the period July 17, 2017 to March of 2018 was $49,600,000 compared to $59, 900,000 if the excise rate was fixed at a target of $4:00, meaning there was approximately a $9.3 million shortfall in budgeted tax revenue,” Chastanet said.

Chastanet explained that notwithstanding this decline, a policy decision taken to keep gasoline and diesel prices unchanged at $13:95per gallon at the pumps was to allow the government to recoup some of the revenue shortfall thus far in this fiscal year 2018 – 2019.

The prime minister noted that there is a general belief within the oil industry that the situation in Venezuela and the Middle-east is expected to increase oil prices therefore as a result the excise rate on gasoline increased above the $4:00 to an average of $4:63.

“This means that government is actually making $4:63 instead of the legislated $4:00. The excise tax of diesel remains below $4:00 averaging $3:74. While we were making 65 cents a gallon on gasoline we were still subsidizing diesel to the tune of 25 cents per gallon. The additional revenue to be collected with the excise rate on gasoline above $4:00 from December 10, 2018 to February 9, 2019 is estimated to be one and a half million dollars. Of the loss already showing of $8 – $9 million we have already been able to recover $1.5 million,” Chastanet said.

According to him for pretty much the whole year government had been absorbing the difference between the price and the market place. “We capped the gas prices at $13:95 per gallon and as a result of that we have probably lost around $6 million in revenue for the year so far.,” he said, adding that with the price of oil dropping government agreed to keep the $13:95 price per gallon on fuel so as to make up for the amount of money lost so far this year.

The next review for gas prices at the pumps is on February 11.