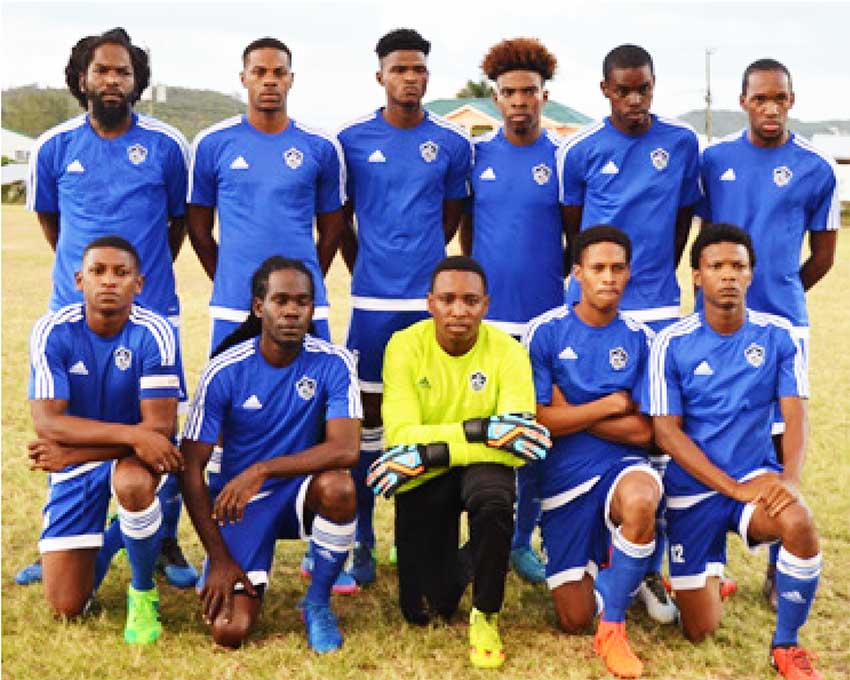 Matches will continue next weekend (Sunday 24th), from 4.00 p.m. Monchy FC versus Knights FC and Platinum FC up against Northern United FC AT 6.00 P.M.; both matches will be played at the Gros Islet playing field.

Also on Sunday 24th from 4.00 p.m. VSADC takes on T Valley FC; at 6.00 p.m. El Ninos FC will come up against Big Players at the Marchand Ground; while at the Phillip Marcellin Ground, TiRocher FC plays Up Town at 6.00 p.m.

Last year’s winner Platinum FC from Vieux Fort will compete in this year’s tournament; the competition for amateur Caribbean clubs is scheduled to take place April 5-15, 2019 at the ErgilioHato Stadium and Dr. Antoine Maduro Stadium, in Willemstad, Curacao.

The winner of the 2019 CONCACAF Caribbean Shield, provided it fulfills the Concacaf Regional Club Licensing criteria, will have the opportunity to face the fourth-place finisher of the 2019 Flow Concacaf Caribbean Club Championship in a playoff match to determine the fourth Caribbean representative in the 2019 Scotiabank CONCACAF League.

At a press conference held on Wednesday 13th February 2019, the Saint Lucia Football Association asked that persons turn out in large numbers to support their respective teams and have extended good luck to the 10 participating teams.

At Wednesday’s press conference, SLFA President, Lyndon Cooper said, “Today is nothing extraordinary, we are continuing to propel Saint Lucia football to higher heights and to ensure we could qualify for the next World Cup.”

“The year 2018 was also extraordinary for the SLFA in terms of performances on the playing field. Last year we had eight teams in the 1st Division, 2019 we have 10 teams competiting. The rationale behind increasing the pool is simple; World governing body, FIFA has restructured its programmes and is now financing its 211 members by virtue of its programmes and participation. It is now required of us (SLFA) and FIFA members to play at least 80 matches within a period of six months for age groups both male and female.” Cooper noted.

He continued, “While small countries like Saint Lucia may face the challenge when it comes to infrastructure and space, we still have the responsibility and obligation to meet those requirements or else there will be no funding associated with Saint Lucia programmes; we had to make the decision right away in 2019 that we are going to increase the 1st Division pool to 10 teams.”