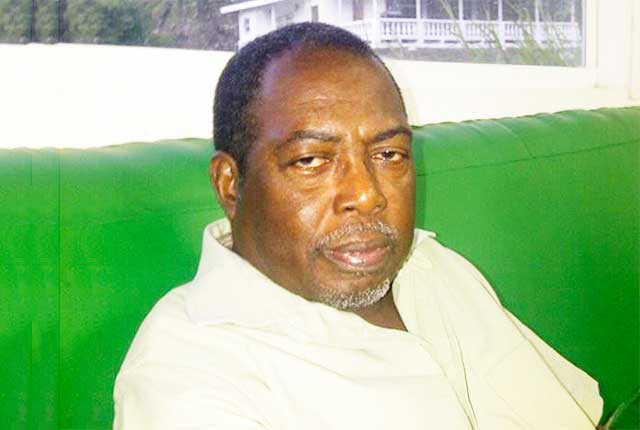 HE was castigated sometimes and praised other times, but the popular local host of the Radio Caribbean International (RCI) talk show News-Spin kept the show going year after year – until last Friday, when Timothy Poleon was fired.

However, the popular show continued yesterday with a new host — an old hand at RCI: retired public servant and former diplomat, Earl Huntley, who was an early broadcaster with the station several decades ago.

Huntley, who was the first Kweyol-language broadcaster in Saint Lucia, entered the diplomatic service and served in several positions, including CARICOM ‘sAmbassador to Haiti and Saint Lucia’s Ambassador to the United Nations.

Huntley was also a long-standing Permanent Secretary in Saint Lucia’s Ministry of External Affairs and served too in senior positions at the OECS Secretariat.

However, throughout his diplomatic postings, Huntley always maintained a media presence – and after retirement has been a regular host of TV programs on regional (Caribbean) issues, as well as on Saint Lucia’s Independence history.

Poleon, in a brief interview with this newspaper yesterday, confirmed his dismissal, saying it was over his refusal to dissolve a company he formed and registered recently.

St. Lucia Times online news magazine said Poleon and RCI management fell out over his application for a radio broadcast license as he planned to set up his own radio station — and that his letter of dismissal was handed over last Friday.

Meanwhile, News Spin will have a slightly different format under Huntley, who explained that there will be days when the discussion will centered on a single topic — like what was done yesterday by focusing on the West Indies cricket team’s two recent wins against England, the last win happening in Antigua and Barbuda over the weekend.

Huntley also said there will be times when the show will open up to the public for discussion on the news of the day and the people’s evaluation of the government and others in political and civil offices and other matters affecting the country.

Some callers to the show yesterday sounded somewhat upbeat about the change wrought by the dismissal of Poleon, one going as far as claiming it was “a breath of fresh air”. But Poleon’s dismissal has not gone away and continues to be a talking point in the country.

The VOICE made several phone calls to RCI in an effort to contact Managing Director Tamara Gibson for a comment, all to no avail.

Poleon has been with RCI for almost 30 years and has been credited with starting the radio station’s midday news cast, which runs at 12:30, followed immediately after by News Spin, which he also pioneered.

Before returning to DBS in 2016, Poleon had been nightly anchor at the local TV station Choice News, before parting ways over a legal issue.