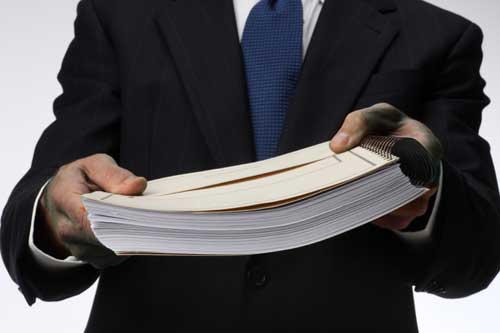 DURING the election campaign of 2016 the then United Workers Party (UWP) campaigned on the grounds that it would be ushering in a period of good governance — should it be elected.

Whether this was the reason they gained more seats in parliament after the ballots were counted, we may never know. However, one thing is clear: Ministers and the party’s executive have claimed they have nothing to hide, as they continue their governing of the country.

But are they speaking the truth?

It is three months going into four that an assessment on the operations of the Castries Constituencies Council (CCC) was completed, yet the people have heard nothing about the findings of that report from the government.

What makes this silence on the part of the government even more deafening is that top executives of the Council, including Mayor Peterson Francis and some councilors, claim not to have seen the report.

Weighing on my mind is this thought: Does the Ministry for Local Government — and by extension the government — view the report as a state secret where clearance of the highest order is needed should someone below the rank of minister asks to view it?

I can’t understand why the mayor and councilors claim not to have seen the report and do not have a copy in their possession, especially when the Constituency Councils Act No: 1 of 2012 mandates the Council to make recommendations to the Minister on programmes and projects which are beneficial to constituents and to carry out activities designated by the Ministry on behalf of the constituents. It also says that the assessment was aimed at advising the Ministry on a number of areas and to assist the Ministry in assessing the overall performance of the Council in undertaking its mandate.

Be that as it may, the report contains about 25 recommendations for the improvement of the Council in several areas — and in particular in its primary function: that of ensuring programmes and projects are beneficial to the constituents.

The question is: Will Local Government Minister Lennard “Spider” Montoute implement the recommendations as he prepares for the next half of his five-year term starting December 7?

Clearly, a wait-and-see approach is needed here. However, Montoute’s silence so far on the assessment is not encouraging and someone could be forgiven if he/she prematurely determines that from a government’s point of view, this report is fitting only for the trash bin, or to be stashed away in one of the many cabinets holding various files in the various ministries of government.

Such thinking is not unheard of, as several reports authorized by government get buried somewhere in government’s filing-cabinet cemetery.

A quick preview of the recommendations reveals how crippled the Council is in some areas. For example, one recommendation is that every effort should be made to recruit staff for the Finance Department that have some knowledge of basic accounting.

Another recommendation addresses the need for transparent policy and criteria for the awarding of contracts to individuals, while another calls for the development of job descriptions for all members of staff.

Then there is the recommendation for a cap to be placed on the funds expended by the Chairman/Mayor without the approval the Council.

The report offered several suggestions on the way forward for the CCC. One suggestion is that the Chief Executive Officer must be prepared to take on the mantle of a Managing Director or General Manager, adding that this should not be the purview of the Chairman/Mayor.