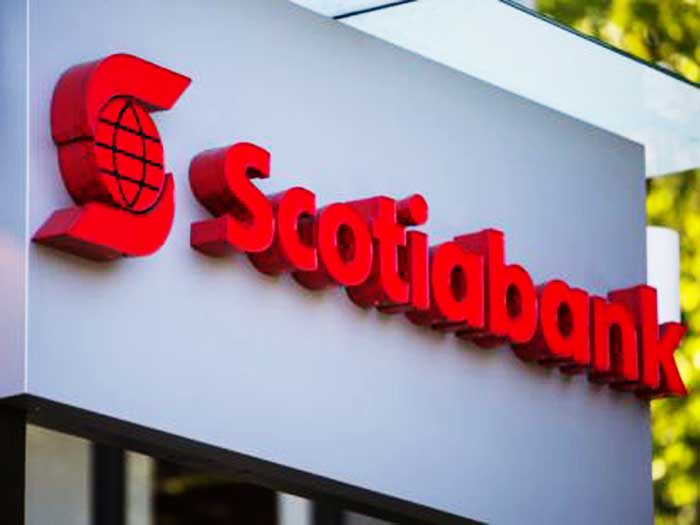 The harsh realities of capitalism are set to hit St. Lucia and other small Caribbean states in the coming months, as Scotiabank announced on Tuesday that it has struck a deal to sell its “non-essential” Caribbean businesses to Trinidad and Tobago-based Republic Financial Holdings Ltd. for a reported fee of US$123 million, subject to regulatory approvals and closing conditions, with Scotiabank President and CEO Brian Porter saying in essence, that this decision is “just business.”

Referring to Scotiabank operations in St. Lucia and the other eight Caribbean states as “non-core”, Porter said in a conference call on Tuesday morning that this mass exodus “is consistent with a strategy that began five years ago to sharpen our focus, increase scale in core geographies and businesses, improve earnings quality and reduce risk to the bank,”

As reported in the Financial Post, “The move comes as Scotiabank–which has said larger markets in Latin America are still very much part of its plans– reported that profit from its international banking unit grew at a greater rate than that of its Canadian business over the past year.”

According to Porter, this growth “was driven by Scotiabank’s operations in the Pacific Alliance trading bloc, which saw double digit loan and deposit growth, partly reflecting the lender’s recent acquisitions in the region…” (Prince George Citizen)

However, this increased rate of growth has reportedly fallen short of market expectations.

As an article in the Prince George Citizen reads: “The divestitures [from the 9 Caribbean countries] were announced as the Toronto-based lender reported its earnings for the three months ended Oct. 31, capping off its 2018 financial year with a nearly 10 per cent increase in its fourth-quarter profit compared with a year ago, but falling just short of market expectations.”

The same news site also reported that “The bank intends to remain in its core Caribbean markets as well as the Pacific Alliance countries of Peru, Chile, Colombia and Mexico, but there are more divestitures on the horizon,”

Porter announced in the conference call that “We’ve got a couple more [divestitures] to go and you’ll hear more from us in 2019, but they don’t pertain to Latin America or the Pacific Alliance,”

According to some analysts, the planned exit from St. Lucia and other small Caribbean states has come on the back of Scotiabank’s recent expansion in Latin America and the Pacific, which took more of a fiscal toll than expected.

“The bank’s recent acquisitions — including a majority stake in a Chilean bank — weighed heavier on the bottom line than anticipated, said John Aiken, an analyst with Barclays in Toronto.” (Prince George Citizen)

The analyst stated that “Scotia could not escape the capital markets weakness in the quarter, despite a lower relative exposure,” but with the integration of these new acquisitions in the coming year and the exodus from the smaller Caribbean markets, Scotiabank anticipates even more growth in the coming years.

As Aiken expounds; “Despite the miss, we believe that there are significant reasons for optimism going forward, including likely operating leverage improvements as the acquisitions are integrated and an improving sentiment with the disposal of certain operations in the Caribbean deemed as non-core.”

As Porter stated: “When you look at what we’ve retained in the Caribbean, that’s 90 per cent of the population.

“This strikes at the core of our strategy to bulk-up and get scale in markets and geographies and businesses that we deem important, where we can turn the dial for our customers and shareholders.”

“The bank’s decisions were guided, in part, by size. Jamaica, for example, has a population of roughly 2.8 million people while the Dominican Republic — where Scotiabank expects to be the number three bank — has roughly 11 million, said Porter.” (Prince George Citizen)

The combined populations of the nine countries being exited don’t even equal that of Jamaica, far less that of larger markets like the Dominican Republic.

In addition to this, Ignacio Deschamps, Scotiabank’s group head of international banking, said that the refocusing of the bank’s Caribbean strategy has stemmed from “increasing regulatory complexity and the need for continued investment in technology to support our regulatory requirements,”