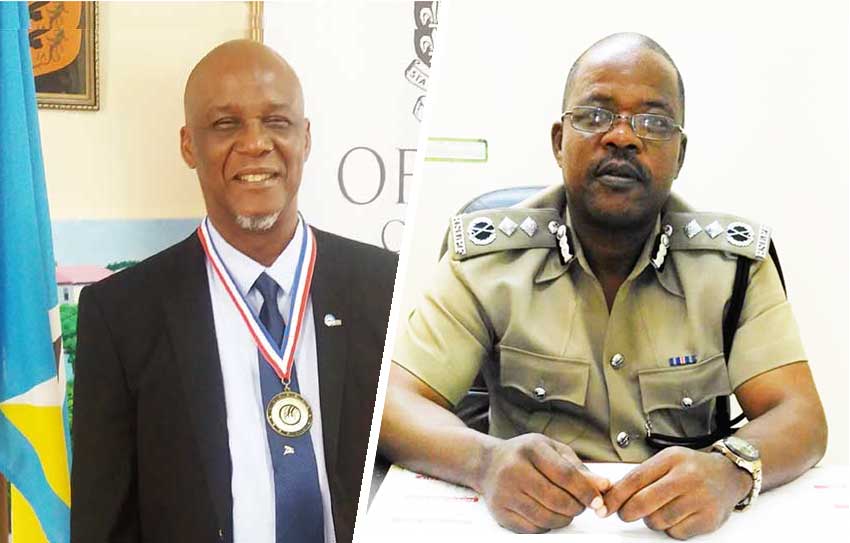 It’s all out in the open: Castries Mayor Peterson Francis and Police Commissioner Severin Monchery are in open warfare — professionally I might add — over the failure or each other to meet to discuss matters impacting on the City of Castries.

Peterson called for that meeting. Monchery had prior engagements on the day set aside for the meeting. The two did not meet. The Mayor is mad the Commissioner did not see this meeting as a priority to push everything aside and meet with him.

Peterson fired the first volley of words to which Monchery responded and now the results are in: the public is not amused and is pouring fire where the public believes fire should be poured.

Here’s my two cents: There is one police force in the country with the powers to arrest, charged, detain, investigate, prosecute, etc., and that is headed by Monchery.

Peterson Francis does not have a police force. He has a body of men and women to assist in the daily, yet orderly management of the city as it pertains to giving visitors and citizens a sense of security and safety within the city’s borders. This does not equate to the duties of the men and women under the charge of Monchery.

Therefore for Francis to feel exasperated at not sitting down with Monchery at a scheduled time to the point where he feels he could take on Monchery publicly is somewhat bewildering to me. Not that Monchery, if what he said is true about having prior engagements clashing with his engagement with Francis, deliberately decided not to meet with Francis. On the contrary Monchery said he did have a successful meeting with the CEO and HR personnels of the City Council.

Mind you, it’s all well for Francis to seek a meeting with Monchery, but to have taken the failure to meet to that level is somewhat baffling. It seems, at least to me, that there is more in this mortar than the pestle – Just saying!