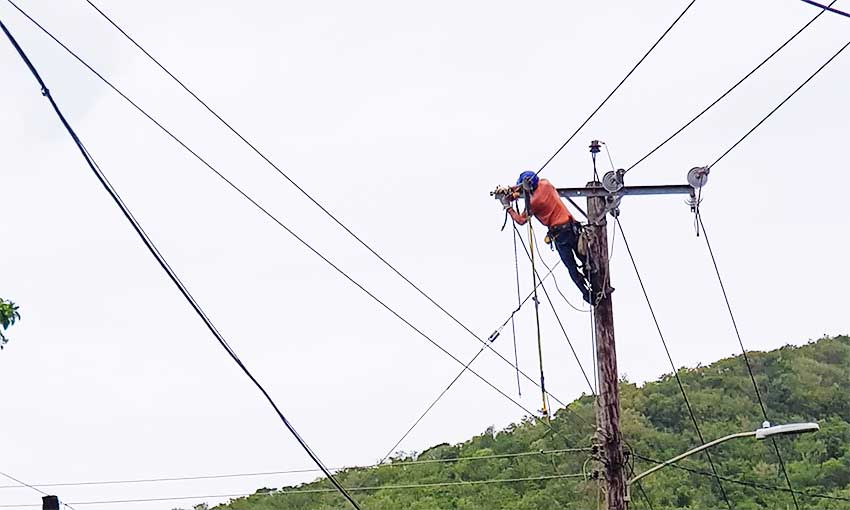 THERE’S no relation between the dispute between Saint Lucia Electricity Services (LUCELEC) and the Civil Service Association over a grade structure for certain employees within the company and yesterday’s island-wide blackout.

That’s the word from LUCELEC’s Corporate Communications Manager Roger Joseph, who yesterday confirmed that the power outage was caused by a major internal fault at the Cul de Sac power station.

“The fault initially tripped three of the generators and then the remaining engines, resulting in a total system shutdown,” Joseph noted in a release.

The sole electricity company and the Civil Service Association, the trade union representing certain workers in the company are currently awaiting the ruling of a Tribunal in a matter having to do with the grade structure within the company.

Both sides have played out their respective positions on the matter in the court of public opinion, each stating its case via letters.

Therefore with the dispute still ongoing, the question whether it had a part to play in yesterday’s power outage was relevant.

That this was not the case was indeed a welcomed vibe from the company which noted that the island experienced a total electrical system shutdown at approximately 9:04 a.m. yesterday.

According to Joseph after the fault zone was isolated appropriate checks and inspections commenced, and the process of restoring the system was initiated.

“Power restoration started around 10:28 a.m. and was being done gradually across the network. At this point, until the fault is identified and rectified, it is not possible to output the full capacity of the generating plant at Cul De Sac. LUCELEC expects to be able to meet about sixty per cent (60%) of the peak demand until the problem is resolved,” noted the LUCELEC press release.

Some sections of the network were likely to remain without power until the fault had been corrected.

The company said it was working to correct the problem as quickly as possible. It apologised to its customers for the unplanned outage and for the inconvenience caused.

According to Joseph the island was expected to be restored to full power by the end of yesterday.

This is not the first time the island had experienced a total electrical shutdown as unexpected as it was yesterday. But after some initial panic that caused workers to evacuate air-conditioned buildings and seek fresh air outside, it was all back to normal.