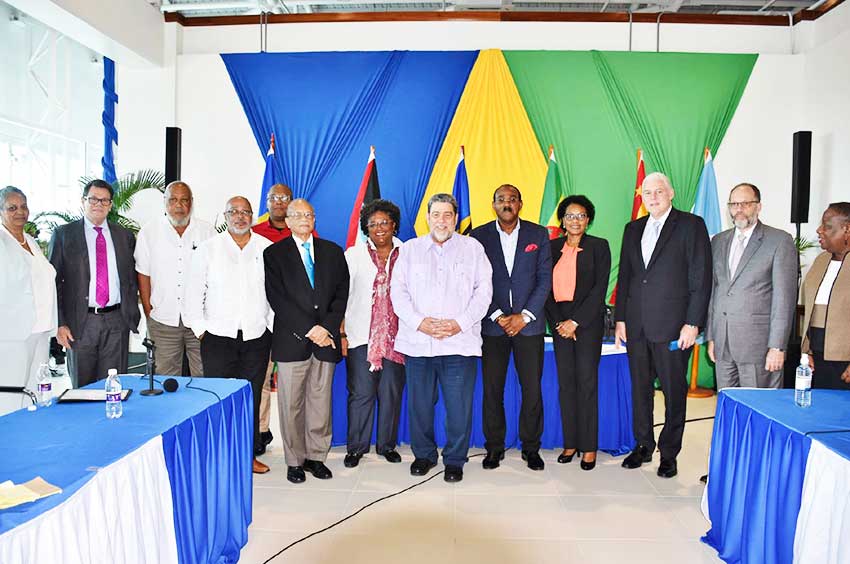 The Saint Lucia PM joined his colleague from Saint Vincent and the Grenadines (SVG) Dr Ralph Gonsalves, Grenada’s Prime Minister Dr Keith Mitchell, Barbados’ Prime Minister Mia Amor Mottley and Antigua and Barbuda’s Prime Minister Gaston Browne, for an update on the Technical Committee Report on the Restructuring of the LIAT on Monday (22nd October) at the Argyle International Airport in SVG.

According to the statement, the meeting was chaired by Prime Minister Gonsalves and also in attendance were Irwin La Rocque, Secretary General of CARICOM, Jean Holder, Chairman of the LIAT Board, Julie Reifier-Jones CEO of LIAT and Didacus Jules, Director General of the OECS.

The statement noted that “LIAT is currently engaged in restructuring as part of its efforts to achieve greater profitability and improve efficiency.”

The VOICE will provide coverage on the conclusions of the meeting in our weekend issue.

Meanwhile, the statement indicated that apart from the LIAT meeting, Prime Minister Chastanet also attended the 66th OECS Authority Meeting (also yesterday in SVG), where a number of matters were discussed, including the Climate Smart initiative and Investment Ready Opportunities for the OECS.

The statement concluded by pointing out that “Also down for discussion was the establishment of a UWI Campus in Antigua and OECS membership in the Inter-American Development Bank (IDB).”