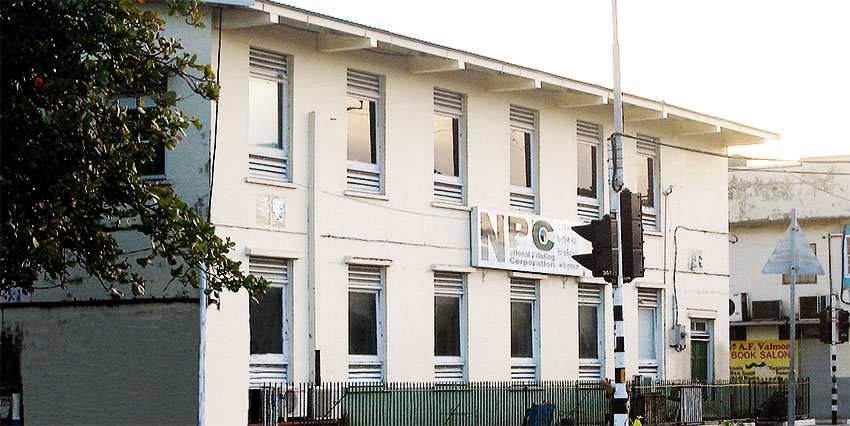 CHANGE is coming to the City of Castries within months — and in a big way, one that Prime Minister Allen Chastanet is calling on St. Lucians to ‘get ready’ for.

But it is a change that is not unheard of, as it is part of a plan elaborated by the late Prime Minister Sir John Compton in his first and only budget address in the House of Assembly after his United Workers Party won General Elections back in 2006.

The plan by Sir John, which was all part of the national development plan for the country, was to divide St. Lucia into four separate economic ‘quadrants’.

The City of Castries featured quite nicely in the development plan. However, this plan could not be implemented due to dissension inside Compton’s government over relations between Taiwan and China, followed by Sir John falling gravely ill and his subsequent death.

It seems that the aspect of that plan having to do with the City of Castries is about to be implemented, according to comments made by Prime Minister Chastanet, just days ago at the signing ceremony marking the twinning of Castries in St. Lucia to that of Taipei in Taiwan.

Although he did not detail the depth of the change coming to the City, he said enough to impress on those who heard that the change was imminent — just around the corner.

For instance, the PM said that an agency called UNOPS will, in upcoming weeks, present a first draft of the renovation plan for the city.

“I’m hoping to have that done at the end of the year,” Chastanet said referring to the demolition of the aforementioned buildings.

The area, he said will be transformed into a park in keeping with the modernization of cities the world over.

The prime minister is calling for the procrastination in doing what is necessary to change the City of Castries into its full potential to stop.

Everyone walking the streets of Castries could see that the city is in need of change, he said.

Chastanet even tied into the plan for Castries the current review into the operations of the Castries Constituencies Council that has upset several of its members, including Mayor Peterson Francis to some extent.

According to the prime minister, the audit is all about structural processes and looking at the things that the country needs to do right to improve the City of Castries — a theme he hopes the planners for the country’s 40th anniversary of independence are looking at closely.

He extoled Mayor Francis’ work to improve the city, noting that perhaps some of the things Francis did to have vexed some people may have been as a result of the bureaucracy he may have encountered in wanting to do what is right.

In the end, the signing ceremony that made Castries and Taipei sister cities went on without a hitch, with Taiwan’s Ambassador to St. Lucia Douglas Chen stating that the signing set a new milestone between the new cities and marks the culmination of nearly a year of relentless work on the part of staff of both cities.

Ambassador Chen noted that Taiwan is committed to providing whatever support it can to help the City of Castries become a successful city and listing numerous programmes Taiwan had assisted St. Lucia with

“In the years to come, we can anticipate more interaction and more projects between Castries and Taipei, to share experiences and expertise,” Ambassador Cheng said.

Mayor Francis said the signing of the sister city agreement marks the beginning of a notable journey and partnership between the two cities.

“We are thrilled and honoured to take your hand in marriage as we undertake the voyage of developing our city, as we seek innovative ways of delivering quality facilities, but moreover, programmes and projects to benefit both the residents and visitors to the city,” Francis said.

According to him, the partnership will make its own unique impact towards achieving the ideals and ideas, aims and objections and transformative approach and agenda of a new Castries.

“Let this new partnership be the guide which thickens and binds our diplomatic relations. Let it construct the tower for the development of Castries and St. Lucia by extension. Let it be a partnership which contribute meaningfully,” Francis said.

He described the twinning of the two cities as ‘the birth of a new dawn” and pledged fully to commit to it.