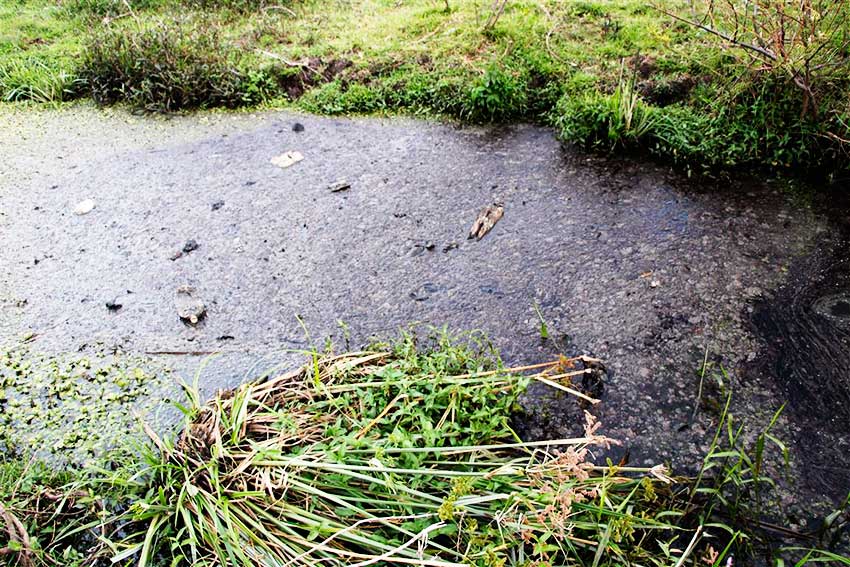 THE Water and Sewerage Company (WASCO) has poured cold water on suspicions and concerns expressed by some residents of Beausejour, Gros Islet, about the nature and source of an oily-looking black substance that suddenly appeared on the surface at its sewerage recycling plant in their area.

Residents had complained to the Voice Monday morning about their discomfort regarding the unpleasant-looking settlement of what they feared was possibly a toxic substance that had been emptied into the pond by a person or persons unknown.

By when contacted Tuesday, Communication and Marketing Officer at Wasco, Cherry Ann Williams, told The Voice the residents have nothing to worry about.

Williams said that after consulting WASCO’s Waste Water Services Manager, Rafael Eudovic, she could confirm the suspicious-looking substance is not what the concerned residents fear.

“The situation at the pond in Beausejour is not what people are thinking that it is,” Williams said.

As she put it: “The Waste Water Services Manager went up there and he took pictures and did his own investigation and found out that the black residue that seems to be on the surface of a section of the pond is not oil at all.”

Instead, she said, “It is a black substance from the bottom of the pond that has come up to the top.”

According to Williams, “He [Eudovic] said it is not unusual, as it happens occasionally when you would see that black substance on the surface of the water. But it is not oil and it is not waste oil.”

She concluded, “It’s not anything that can contaminate the pond and we have no issues with it.”