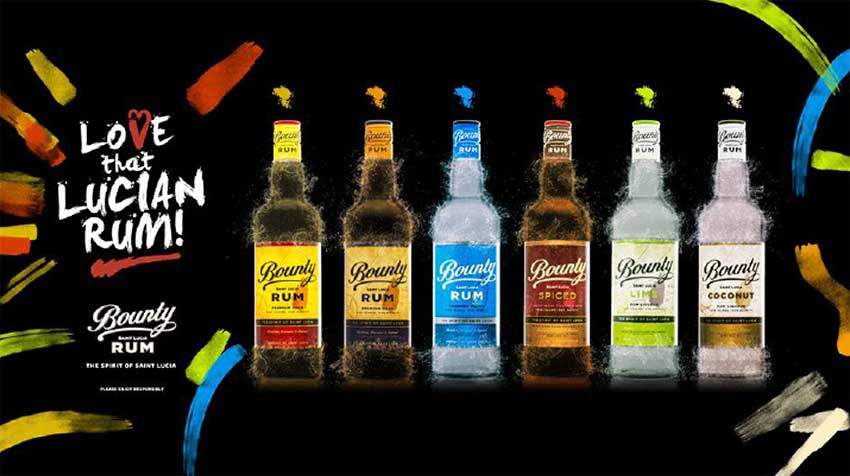 ALL the dictionaries will tell you about rum is what we already know: that it’s a spirit made from sugar cane. But none dares try to tell us who invented rum, when and where. All we know is that it used to be illegal – and now it’s not.

Rum today is bigger business than when it used to be shipped and smuggled in casks rolled along wharves by stevedores.

Barbados, Cuba, Haiti and Jamaica have carved pieces of their histories from rum in all its forms. Mount Gay, Havana Club, Betancourt and Appleton are long-established international brands that have of late been joined by Guyana’s Demerara and El Dorado rums, not to mention the dozen-or-so other top Caribbean brands stretching north-to-south from The Bahamas to Trinidad & Tobago and Venezuela.

Not to be outdone, Saint Lucia, which has been in the rum business since 1931, has 87 years later made its name with not one, but two rums.

(Not strange, though, for a country that seems to do or have everything by pairs – Pitons, airports, sea ports, lighthouses, languages, colonial ‘mother countries’ – and, of course, topping it all for most: two Nobel Prize winners.

But Saint Lucia’s two rums, Bounty and Chairman’s Reserve, have not just arrived suddenly. The businesses behind them over the years have carefully carved their own distilled brand of quality Saint Lucian rums that marry good taste with that sense of being Saint Lucian. Their promotions and advertisements, from posters to ads, tend to depict scenes that marry beauty and good cheer with a good product. They also contribute significantly to Saint Lucia’s manufacturing statistics.

The twin feats scored by the two rums also do well for Brand Saint Lucia: Bounty entered the US market Big Time; and Chairman’s Reserve adopted the fast-growing ‘1931’ brand created to celebrate the 80th anniversary of the island’s first distillery in 2011.

As the feature story in this issue indicates, the businesses behind Saint Lucia’s pair of main rums also have their own long-established family history in the business, which is not lost on the two rums’ promotional aspects.

From the time the Barnard family established the island’s first distillery in the Mabouya Valley in Dennery nearly five decades ago, to its merger with the Geest Distillery in Roseau in 1972 to create St. Lucia Distillers, its name and face has driven the brands’ promotional thrusts — and continues to do so just as ever, even after the internationalization of their ownership base and broadening of their industry alliances and affiliations.

Bounty today, after four-an-a-half decades of popularity with American visitors and Saint Lucians in the US, is now available in 15 US states, with plans for another 10 US and Canadian states to be added by the end of 2018.

Chairman’s Reserve and the ‘1931’ brand, like Bounty, have been winning bountiful accolades and awards at rum and spirits shows regionally and internationally and similarly creating dents on the world stage where already available.

In this age of healthy life promotion and spirited de-emphasis of alcohol consumption, St. Lucia’s distillers (we also produce beers and other spirits-based products) have adopted in unison the politically correct position of ensuring their advertising campaigns also encourage those who do choose to imbibe to ‘Drink Responsibly’.

Died-in-the-wool health activists will say these two words (drink and responsibly) when conjoined indeed spell out an oxymoron. But instead of starting-off a spirited discussion with an early understanding that the word ‘oxymoron’ has nothing to do with oxen or being called ‘a moron’, let’s leave that parley another day.