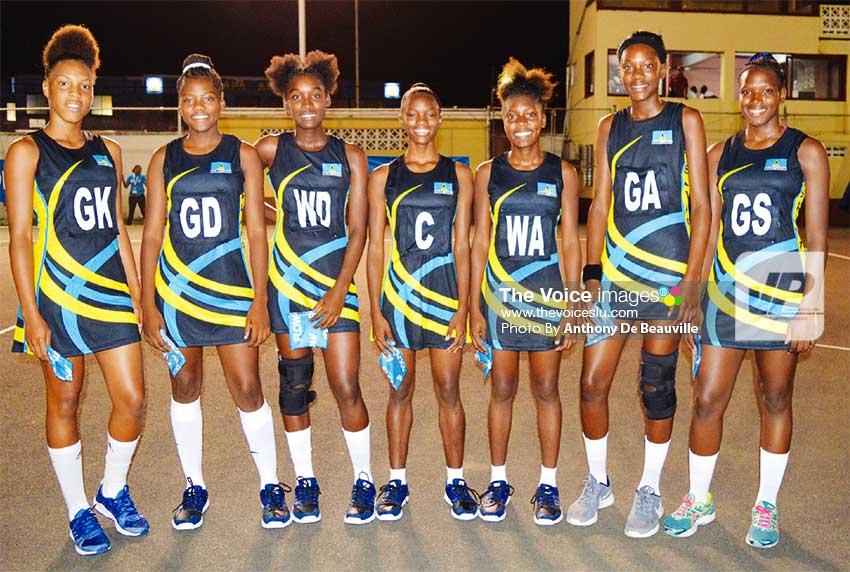 In morning matches played yesterday, Saint Lucia defeated Trinidad and Tobago 33-19 to make it two wins out of three matches, the third being a tie versus Barbados.

In other matches played, defending champions Jamaica ousted Grenada 41-14 and Barbados had the better of Dominica 29-13.

The shooting competition was scheduled for 3pm.

Last evening, Dominica took on Grenada at 5.30pm; Barbados played Saint Vincent and the Grenadines at 6.30pm, while Jamaica came up against Saint Lucia at 7.30pm.

In other matches played, Trinidad and Tobago defeated Grenada 30 -25, while Jamaica breezed past Saint Vincent and the Grenadines 41-11.

On the opening night, after a sudden downpour which caused a late start to the championship, host Saint Lucia defeated Dominica 37-8, Barbados beat Trinidad and Tobago 27-21, while Grenada defeated Saint Vincent and the Grenadines 25-11.

Tomorrow, Dominica and Saint Vincent and the Grenadines play each other at 6:30 a.m., Trinidad and Tobago versus Jamaica at 7:30 a.m. and Barbados comes up against Grenada also at 7:30 a.m.

In the evening matches, Trinidad and Tobago plays Dominica from 5:30 p.m., Saint Lucia versus Saint Vincent and the Grenadines in the battle of the Saint’s at 6:30 p.m., while defending champions Jamaica plays Barbados at 7:30 p.m.

The closing and awards ceremony will be held immediately after the final game on centre court.