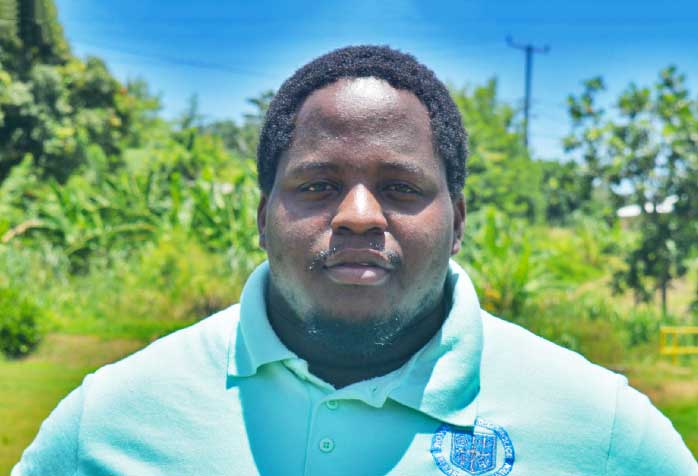 EARLIER this week, President of the Police Welfare Association (PWA) Travis Chicot spoke about plans to regularize the taxation of earnings police officers make off duty (on special duty).

In an interview with the Voice, he made it clear that this policy is nothing new and he has no problem with it.

But he also made it clear that the Association’s main role is to ensure that there is sufficient dialogue between the policy-makers and the affected parties.

“There is a special duty policy in the police force, so it’s not new.” Chicot stated when asked if the policy had been recently implemented.

He continued by outlining that “It is within the Commissioner’s right to make requests as to… who are the persons engaging in special duties, [or] off-duty employment.”

However, Chicot stated that despite the fact it is the Commissioner’s right to regularize the policy already in place, it is imperative that there is proper dialogue.

“That is why you have the Association set up in such a manner…” Chicot said.

He continued; “the last thing we want is to create uproar among the members, so we want to make sure that the members are sensitized [to] the legislative documents that speak to taxes and what not.”

Chicot also reaffirmed the reports earlier this week that the PWA understands the reason for the enforcement of the tax policy and does not oppose it in any way.

“The Police Welfare Association has no objections to the taxes on special duty. However, [we] believe there should be some level of consultation with us.”

He continued, “We understand the reason for enforcing the policy and we are a law-abiding organisation.

“We know who are the persons who are exempted from paying taxes — fishermen and farmers.

“However, we’re saying that anytime we’re going to enforce the law, if there is a bargaining body on behalf of the police, before it actually happens, there should be dialogue between the Welfare Association and the ministries or the parties responsible.”

He also reaffirmed the reports earlier this week that he does not know how the internal memo regarding the Commissioner’s summons of police officers involved in special duty became public.