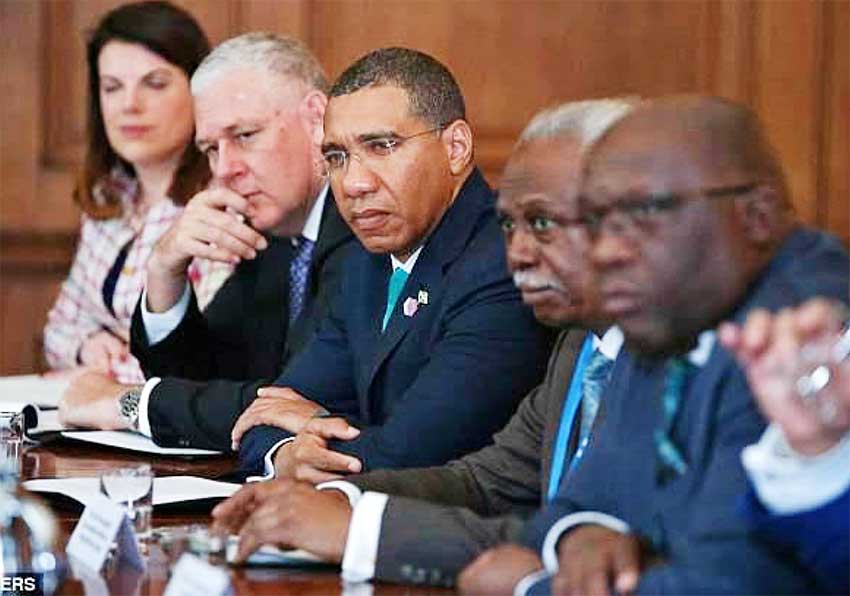 The UK Prime Minister apologized to Caribbean leaders during the meeting on Tuesday this week which emanated from the current crisis with the Windrush Generation of Commonwealth citizens who have reportedly been denied healthcare and threatened with deportation.

The Windrush generation refers to those arriving in the UK between 1948 and 1971 from Caribbean countries, most as a response to post-war labour shortages in the UK.

“We know that persons are fearful and we are all very sympathetic to what has happened particularly to a group of people that have made us all so proud,” said PM Chastanet, who is currently in the UK for the Commonwealth Heads of Government Meeting (CHOGM).

“Prime Minister May was extremely apologetic on her Government’s behalf that this had happened. The Prime Minister says she was appalled given the contribution that the West Indians had made and even more appalled that they came to England by invitation.”

Prime Minister Chastanet was among the leaders at the meeting who have been given assurances by the UK Prime Minister that this matter will be resolved.

Prime Minister Chastanet explained that the UK has put together a team to assist in the application process, to ensure there is cross-ministerial support and that there are no costs associated for those affected.

The leaders were also assured that a team would assist persons who had already been extradited to give them a path back into the UK.

“We believe that the UK is taking this seriously,” said PM Chastanet. “We take it that the UK is sincere and that this was a mistake and they are incredibly regretful that this has happened.

We will be working with the Diaspora to ensure that we follow up on the promises made by the UK Government.”