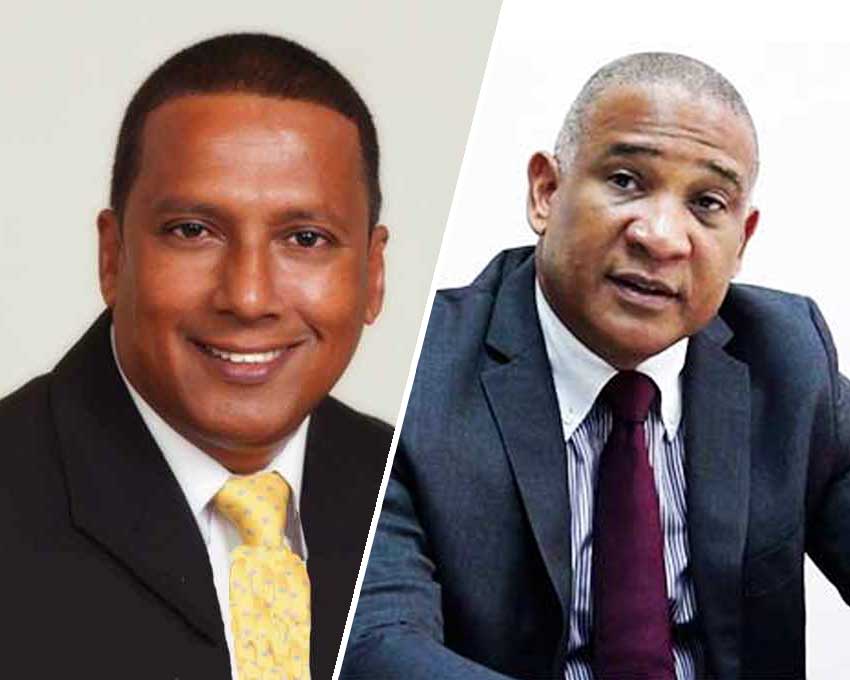 IN a press release on Tuesday, Castries South MP and former St. Lucian High Commissioner to the United Kingdom, Dr. Ernest Hilaire, responded to allegations made by the UWP Administration and by government minister Guy Joseph during the debate on the Appropriation Bill 2018/2019 last week, saying that they “reflect the viciousness, vindictiveness and callousness of a failing and corrupt Government.”

The allegations against the Opposition Member centred mainly on whether or not he used public funds to purchase a 2014 Land Rover Sport back in 2015, while he was St. Lucia’s High Commissioner to the UK.

However, Joseph added a new dimension to those allegations last week, when he stated that he wants “the member for Castries South to know…that the investigation on his vehicle started in 2015 and the United Workers Party was not in government in 2015.

“So he needs to find out who started the investigation,” Joseph, who is also the MP for Castries South East, said.

This latest twist prompted Dr. Hilaire to “set the record straight” as he put it.

In his press release, he went into detailed arguments defending his innocence in the matter.

He also addressed Joseph’s insinuation that the Labour Government initiated the investigations into his purchase of the vehicle in question.

“Documents show that the vehicle arrived in Saint Lucia at the END of December 2015 and the requests for an investigation started in 2017,” The Castries South MP stated.

Dr. Hilaire referred to “The allegation that I am in possession of ‘a stolen Government vehicle” as “utter rubbish.”

He went on to accuse the Customs and Excise Department of refusing to provide “full disclosure of these documents.”

While not denying that he purchased the vehicle in question, Dr. Hilaire stressed that he has “irrefutable evidence that the monies were transferred from my bank account for payment to the car manufacturer/dealer.”

He then intimated that because the documents Mayers provided “showed that the ORIGINAL supplier’s quotation was not in the name of the High Commission,” it meant that the purchases were not done via public funds, proving his innocence.

He concluded by accusing Mayers of not being “interested in the truth” but of being “willing to use his office (to) be part of a political witch hunt and vindictive crusade against me.”

Hilaire then challenged the UWP to “come here now and arrest me for theft and take the vehicle.”