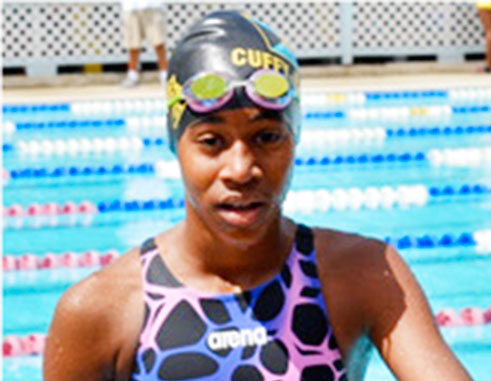 SAINT Lucia swimmers up their medal count a few notches at the 33rd CARIFTA Swimming championships which entered its fourth day in Jamaica on Tuesday 3rd April 2018.

After four days of competition Saint Lucia had 3 silver and 2 bronze medals in the bag for 16th place overall on the medal table which is topped by the Bahamas with 23 gold, 22 silver and 11 bronze (56).

Terrel Monplaisir 200 metres backstroke in a time of 2 minutes 23.02 seconds; record held by Jordan Augier in 2012.

Naima Hazell, 50 metres breatsstroke in a time of 35.72 seconds; previous record was held by Danielle Beaubrun in 2003.

The Saint Lucia team is expected back home tomorrow.