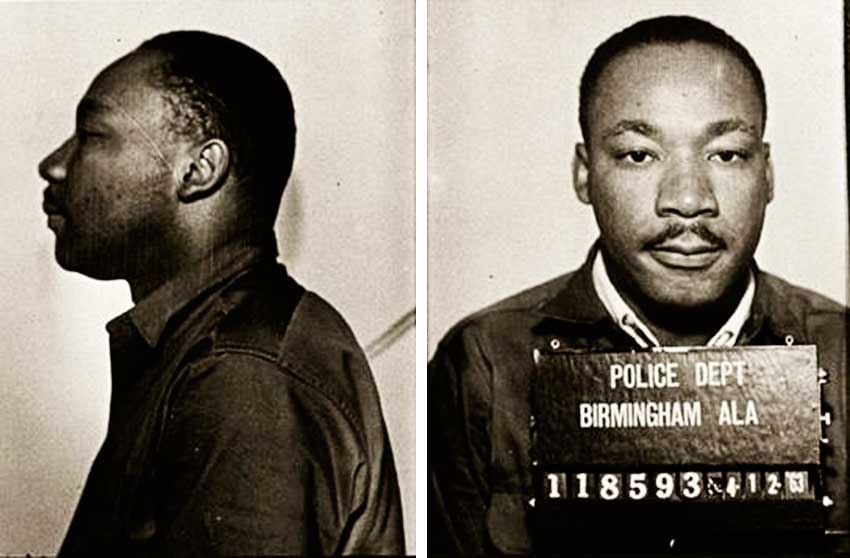 YOU doubt it, right? Well, here’s the proof.

It’s been 50 years since the assassination of Martin Luther King Jr. who was shot and killed on a motel balcony in Memphis, Tennessee. He is to this day revered as the foremost champion of “black” (African American) civil rights and a man of high ethical and moral standards.

Furthermore, his “I have a dream” speech is revered by many around the world as a work dedicated towards resolving the racial tensions emanating in our societies.

However, what is irrefutable is that he plagiarized his Dissertation Papers for his PhD, as well as a substantial portion of the aforementioned I Have A Dream Speech.”

A little-known fact about Martin Luther King Jr is that he plagiarized his Dissertation papers for his PhD, from work by a man called Jack Boozer. Clayborn Carson “a professor of history at Stanford University ” (New York Times) who, was “Selected in 1985 by Mrs. Coretta Scott King to edit and publish the papers of her late husband.” (King Institute Website) had this to say regarding the issue of King’s plagiarism of his Dissertation papers:

That conclusion by Clayborn can hardly be considered biased or anti MLK, given that he runs the King Papers Project, and was hired to do so by MLK’s widow. He simply had no choice but to acknowledge the truth about MLK’s plagiarism.

In 1991, the New York Times published another article on King Jr’s plagiarism issue entitled: Boston U Panel Finds Plagiarism By Dr. King” stating, “A committee of scholars appointed by Boston University concluded today that the Rev. Martin Luther King Jr. plagiarized passages in his dissertation for a doctoral degree at the university 36 years ago.”

The panel concluded that “There is no question, but that Dr. King plagiarized in the dissertation by appropriating material from sources not explicitly credited in notes, or mistakenly credited, or credited generally and at some distance in the text from a close paraphrase or verbatim quotation.”

And that’s not all. Some parts of the “I have a dream” speech, were plagiarized by Dr. Martin Luther King, as I have previously stated.

As George McDaniel and Jared Taylor’s book ‘A Race Against Time’ mentions, “Some of the best-known passages from King’s “I Have a Dream” speech are taken from a 1952 address by a black “preacher” named Archibald Carey.”

[Archibald James Carey Jr.:] Chicago, 1952
My country ’tis of thee, Sweet land of liberty, Of thee I sing. Land where my fathers died, Land of the Pilgrims’ pride, From every mountainside, Let freedom ring!”

[Martin Luther King, Jr.:]
My country, ’tis of thee, sweet land of liberty, of thee I sing. Land where my fathers died, land of the pilgrim’s pride, From every mountainside, let freedom ring.

[Martin Luther King, Jr.:]
From the prodigious hilltops of New Hampshire. From the mighty mountains of New York.

[Archibald James Carey Jr.:]
From the Stone Mountain in Georgia, from the great smoky’s of Tennessee.

The evidence that many parts of the “I have a dream” speech were lifted from Archibald James Carey Jr’s speech in 1952 is undeniable: it’s verbatim in some cases.

And to top off the “I have a dream speech” matter, Martin Luther King Jr, after plagiarizing parts of the speech, had the audacity to copyright it…so that anyone who plagiarized his own plagiarism could be taken to court; hypocrisy much?

As George McDaniel and Jared Taylor’s aforementioned book says: “…it is clear that King did not take from others because he thought ideas and words were common property. He copyrighted the “I Have a Dream” speech, pilferings and all, and vigorously defended it against unauthorized use. King’s estate continues to enforce the copyright; …in a paroxysm of adulation, USA Today printed the full text of the speech, beginning on the front page. The estate sued.” They sued for a speech Martin Luther King Jr. gave, without giving any credit to Mr. Archibald James Carey, from whom it originally came.

Like many modern day heroes, Martin Luther King Jr’s legacy has been romanticized to such an extent that much of the truth about him, like his plagiarism for example, still remains unknown; 50 years after his death.