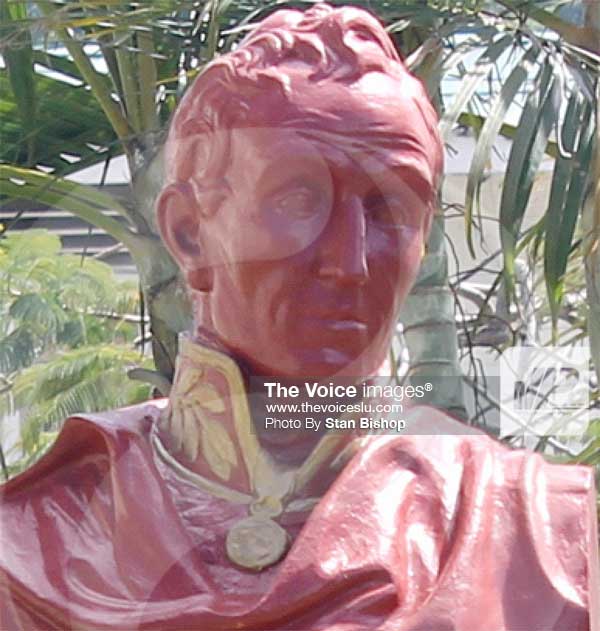 PRESS RELEASE – VENEZUELAN President Nicolas Maduro paid tribute to Simon Bolivar on the anniversary of his death. The president urged for the preservation and celebration of the legacy of Bolivar.

“We must pay real attention to the ideals, values and example of the liberators, but especially to the Liberator Simon Bolivar,” Maduro stressed.

The Venezuelan head of state made the remarks during an event at the National Pantheon – where heroes are laid to rest.

Maduro highlighted the significance of honouring the memory, action and legacy of the Father of the Nation.

“To say that you are Venezuelan and to be anti-Bolivarian, is an anti-cultural fact,” Maduro pointed out.

He reminded the attendees that the legacy and values of Bolivar are the principles employed, by late Commander Hugo Chavez, to the Bolivarian Revolution.

Minister of Defense, Vladimir Padrino, added that two centuries after Bolivar’s struggles, socialism is the only way to follow the footsteps of the Liberator in the construction of definitive independence.

“The dramatic situation that the Republic was going through at that time was for the anti-Bolivarianism that began to haunt as soon as independence was achieved,” Maduro said.

“That anti-Bolivarianism to which I refer is the same one that tries today to subordinate us to foreign interests, it tries to eliminate the social gains we have achieved, it seeks in essence to destroy the legacy of the giant of America.

“Anti-Bolivarianism is to deliver the country to the interests of the empire, is to request the intervention of the country with fatuous arguments to achieve the particular objectives,” he said.

He added: “Our sword will remain unsheathed…We will not hesitate to take up arms to defend our people from oppression and defend the sacred decrees of popular sovereignty.”

After living in Cartagena then fleeing to Jamaica during a tumultuous time, Bolivar traveled to Haiti and requested the aid of leader Alejandro SabesPetión.

In 1817, with Haiti’s help, Bolivar returned to South America to continue his revolution.