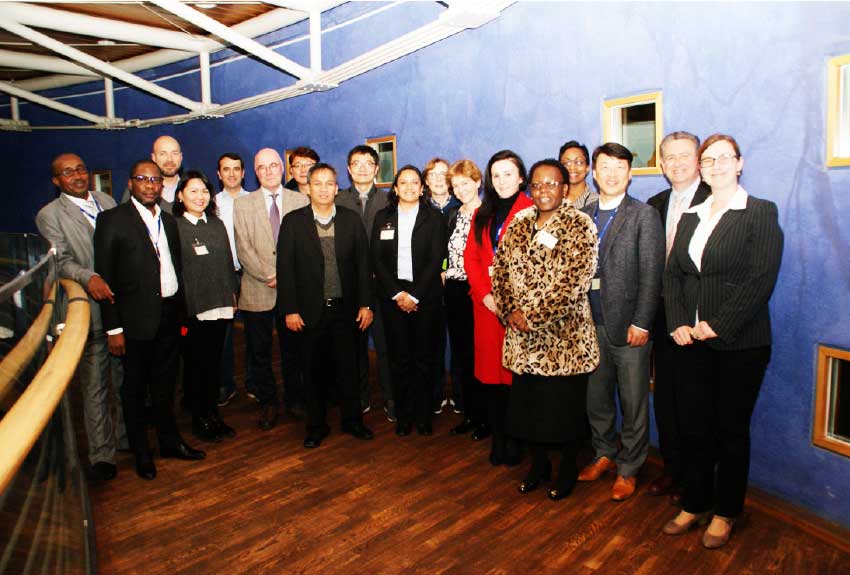 OECS Media Release – The OECS Commission participated in the International Study Tour hosted by the European Statistical Commission (Eurostat) during the period November 6-10 in Luxembourg.

The purpose of the tour was to share Eurostat’s tools, knowledge and practices in relation to the production and dissemination of official statistics. The OECS Commission’s participation was immensely rewarding given the similarity to the statistical development work being undertaken.

This work is mandated by the Revised Treaty of Basseterre which established the Eastern Caribbean Economic Union and, with respect to statistics, encourages Member States to harmonise policies and pursue joint programmes to produce comparable data.

Dr. Gale Archibald, who represented the OECS Commission, noted the Eurostat’s purpose and mandate are similar to that of the Statistical Services Unit. She said the exchange enlightened her about the tools and mechanisms for regulating, coordinating and leading a regional statistical system that serves an Economic Union.

She pointed out that the first strategic priority for the OECS Regional Strategy for the Development of Statistics (RSDS) is to design and formalise the OECS Regional Statistical System (RSS). This priority, once realised, will introduce the architecture, discipline, and trust that augur for the transparent and accountable context for the production, dissemination and use of official statistical nationally and, by extension, regionally. Specifically, the desired state is:

The OECS Commission is recognised as an effective and influential leader of the Eastern Caribbean Statistical System;

The Eastern Caribbean Statistical System is regulated by an apex authority with oversight and direction for the production and dissemination of official statistics;

National statistical legislative framework is fit for the 21st century;

National governance arrangements are institutionalised to oversee work plans and bolster the professional independence of the NSO (National Statistical Office);

Since 2013, Eurostat has put in place an annual week-long session that allows for peer exchange among the participants. The tour is also designed to meet some of the international demand for knowledge about how Eurostat, the EU Member States and the European Statistical System functions. Invitations were extended to institutions that form part of a national or regional statistical system in countries outside of the European Union.

The OECS Com-mission’s participation was funded by the World Bank under the project OECS Statistical Capacity Building and Implementation of the OECS Regional Strategy for the Development of Statistics(RSDS).