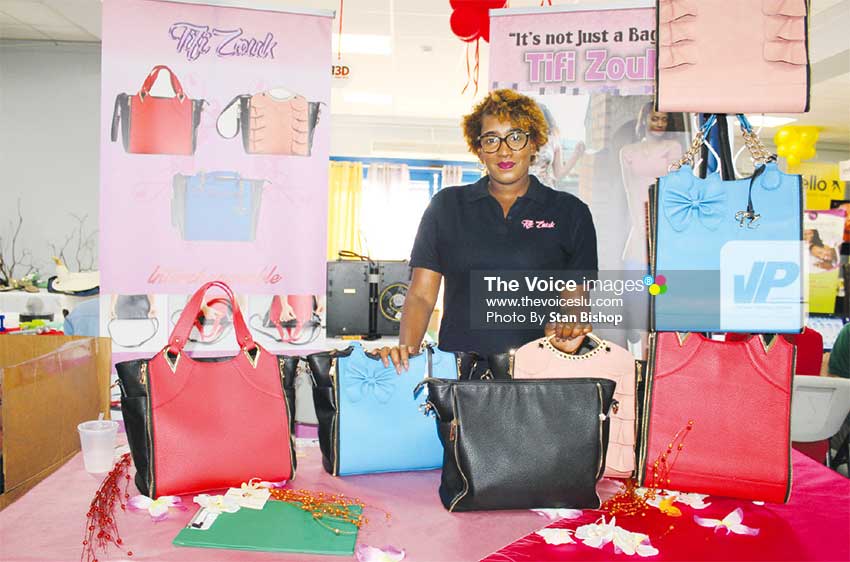 THIS year’s Saint Lucia/Taiwan Partnership Trade Exhibition has left quite an optimistic impression on the nearly 70 local and Taiwanese businesses that participated in the three-day event held at Johnsons Centre from Friday, November 24.

Organized by the Ministry of Commerce and the Taiwanese Embassy, the event – now in its tenth year – aims at fostering better and deeper partnerships among businesses from both countries while affording businesses the platform to show the public how enterprising they are.

This year, as has been the case previously, hundreds of people flocked to the event, many of whom were able to purchase goods and services from or network with the exhibitors. Patrons were also treated to cultural performances that incorporated elements of Saint Lucia and Taiwan, including dances, fashion show and karaoke competition. Some exhibitors also held raffles, offering some of their goods as prizes.

General Manager of Caribbean Grains, Arnaud de Moussac, said this was the first year his company has participated in the trade show. He said the decision to be part of the exhibition was so that people can get a sense of the scope of what the company does.

“For five years now, we have developed the Caribbean Grains brand but have not gone public,” he told The VOICE. “So we thought it was time for people to know what we’re doing in Vieux Fort because there’s a lot happening there.”

Caribbean Grains started five years ago, selling animal feed. For the past year, though, they have been producing flour from their state-of-the-art flour mill in Vieux Fort. The company also has a state-of-the-art bakery for in-house training of bakers and chefs from hotels or restaurants. To empower bakers, de Moussac said its baking experts also visit bakeries to help bakers develop additional skills that can enhance their income.

Caribbean Grains’s booth featured a variety of flour and bread, and was among the patrons’s favourites as the free samples never seemed to run out of supply. There were bread products styled in the shape of the Pitons and the leatherback turtle, even. According to de Moussac, the objective was to demonstrate that bread should not only taste delicious, but look appealing, too.

“Many Saint Lucians travel and are made aware of how things are done in other countries. So what we’re trying to do is give them the chance to learn new techniques,” he said.

Some of the flour, de Moussac said, is imported from the United States and France, while some local types of flour are used. While white flour is the company’s main selling item, the company offers six cereals, pasta flour and whole wheat flour.

Asked whether Caribbean Grains plans to bake its own bread products in the future, de Moussac quipped: “By tradition, we don’t do the job of our customers.”

Christine Samuel, Director and Designer of Christy Creations, which specializes in handbags, also took part in this year’s exhibition. She has been participating in the event for the past three years. Samuel said what keeps her coming back is recognizing that there should be no letting up in building a brand’s name, especially with such a major event.

“I think a trade show like this gives one an opportunity to showcase their work,” Samuel said. “We should not take for granted that people know our work; it’s always wise to participate in events like these so that people can see the progress and what you’re offering.”

Among the main objectives of the annual trade show is that of bridging the business divide that exists between Saint Lucia and Taiwan by linking companies and people together directly in advancing business partnerships. Over the past ten years, however, there have been at least two solid success stories in that regard. Nevertheless, a few Saint Lucian business-people had been invited to visit Taiwan where they were able to get a first-hand appreciation of how the business environment there works and what opportunities exist.

“I’m hoping that someday I’ll get the opportunity to visit Taiwan to showcase my products,” she said. “It would be an honour to get my products in a market like that.”

Samuel said she has already tapped into the North American market. Here at home, her handbags are available at Sea Island Cotton Shop which, she said, “has opened doors for me”. Having seen her business make major moves to date, she had some advice for other entrepreneurs.

“If you want your business to go elsewhere, I think the trade show is something they should be part of,” she said.

Noelina St. Ange was a first-timer at the trade show. Earlier this year, her start-up company, TifiZouk, began producing what she calls “the world’s only revolutionary interchangeable handbags”.

After receiving a grant from the Ministry of Creative Industries, she got seriously creative and came up with some designs for hand bags. She later sent the designs to Taiwan, where a company manufactured the bags and sent them to her in Saint Lucia. That’s right – a hand bag designed in Saint Lucia and manufactured in Taiwan!

Such is the kind of collaboration that organizers of the trade show have been envisioning for a decade now. While her primary market base is on Amazon.com, St. Ange has big dreams of having her high quality pure leather bags sold in Taiwan and elsewhere.

St. Ange said she has always had a passion for being creative. In fact, she has even participated in the Courts Fashionista competition for two years. One night, she said, the idea for designing interchangeable bags came to mind and she almost immediately began sketching concepts on paper.

So just how does a TifiZouk hand bag work?

“Each bag has three different faces that you can zip onto your base bag. That means you can change your bag colour without having to unpack your stuff into another bag,” she explained.

St. Ange said she receives assistance from the Small Enterprise Development Unit (SEDU) and expressed gratitude to those who have helped her along her journey thus far.

Despite being employed with the Ministry of Agriculture’s Banana Productivity Improvement Project, she said TifiZouk acts as a safety net. So far, she seems to be getting her bags into the hands of even high-end influential clientele. She said she even had the honour of presenting one of her bags to Governor General Dame PearletteLouisy.

According to Permanent Secretary in the Ministry of Commerce, Titus Preville, the exhibition, which was first held in 2008, has grown exponentially since then and is geared towards both countries establishing a commercial presence in the respective countries. However, he said investors must first feel confident about getting into the right type of joint venture, which is why Saint Lucia businesses are assisted via technical and other means to get their goods and services market-ready.

Over the past decade, many Saint Lucian businesses that have participated in the exhibition have gone on to become household names. Especially with the entry of some impressive newcomers to this year’s event who told The VOICE it was their biggest platform yet, finding global reach for their local goods and services just might be within striking distance.