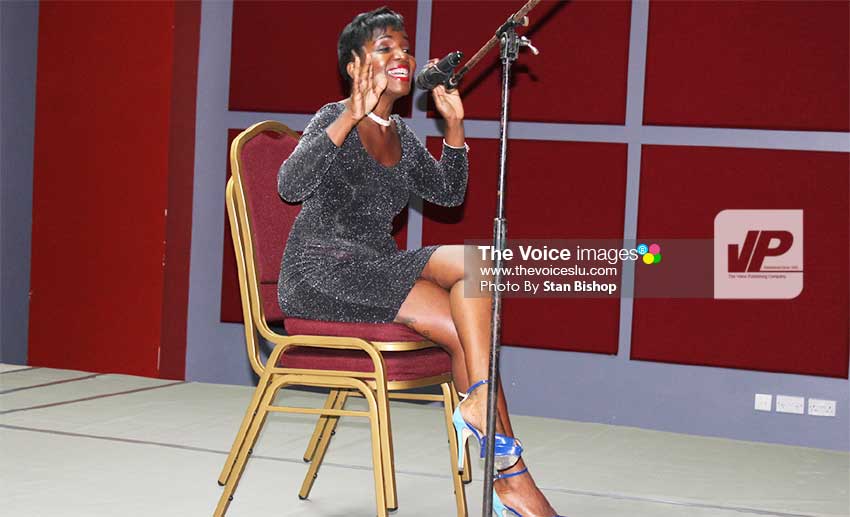 BEING the nation’s largest “koudmain” organization does come with many challenges, especially in a sluggish economy where most people are pinching their pennies. But the National Community Foundation (NCF) can ill-afford to sit on its hands amidst such a stark reality. For more than a decade now, its job has been to bring light and comfort to those whom the NCF is mandated to serve.

After falling short of its $200,000 target at this year’s Nationwide Telethon, the non-profit, philanthropic organization decided to source funds via its recent fundraiser, a poverty dinner and evening of dance, held at the Financial Administrative Centre on December 2.

At $150 a ticket, the conference room was near capacity as Governor General Dame PearletteLouisy, representatives from the diplomatic corps and private sector and others came out to support the worthy cause.

The formal wear setting seemed just the ambience to catch up with haven’t-seen-in-a-while friends, share a meal and be entertained by acts, including Linda “Chocolate” Berthier, TC Brown, Adrian Klien, Swithin Corneille, Perlina Murray and the cast of the latest theatrical production, “Bèlèlesh”, featuring Richard Ambrose, Jaimie Forde, Christopher Duncan and Lance Glasgow. DJ Levi Chin provided the music for the back in time dance afterwards.

Flip through a few photos from he dinner below.

Chairperson of the Board of the National Community Foundation (NCF), Leslie Serieux, said the NCF is dedicated to undertaking projects which uplift the lives of people in society who are not able to fend for themselves.

“We have, of course, the NIC (National Insurance Corporation) to thank for the majority of our funds,” he said. “Through a subvention from the NIC, we put on these programmes. However, our coffers are not as deep as we would like them to be because of ever-increasing demands from the people we serve. So we put on events, such as the annual NCF Telethon.”

Serieux also thanked all sponsors and volunteers who continue to make the NCD’s work a little lighter, adding that their support will be crucial in the years ahead.

Dame Pearlette Louisy, who has supported the NCF’s work over the years, was also cited for her sterling contribution.

The NCF was established in 2002 as a non-profit philanthropic arm of the National Insurance Corporation (NIC), which is one of NCF’s major donors. Through its various social programmes, the lives of many people have been impacted in a positive way.