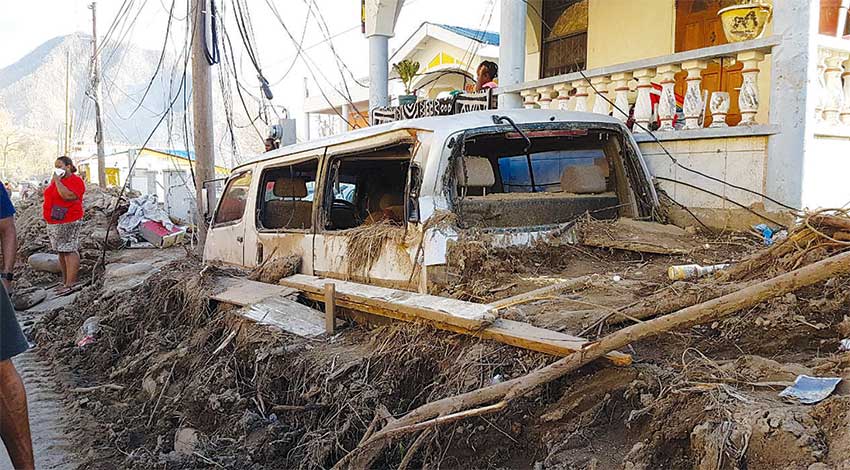 PRESS RELEASE – MASSY United Insurance will pay out in excess of US$250 million to hundreds of customers affected by Hurricanes Harvey, Irma and Maria, which hit the Caribbean earlier this year. To date, the company has received in excess of a thousand claims from clients with damage. As at mid-December, 80% of these have been paid, with the goal to have the remainder settled by the end of this month.

The company, which operates in 18 territories throughout the region, saw customers in nine of its markets — Antigua, Anguilla, St. Maarten, St. Kitts, British Virgin Islands, Turks & Caicos, Bahamas, Dominica, Montserrat — experiencing significant losses as a result of Irma and Maria.

In the aftermath of Irma, Massy United Insurance dispatched a team of representatives to the worst-hit islands of St. Kitts, Antigua, and the Turks & Caicos, but they soon had to prepare for the onslaught of Maria.

Within a week of Hurricane Maria’s destruction, the company deployed another team of representatives to Dominica to assist with the recovery efforts in that country. As a true force for good, the Massy United team also provided food, water and other essential items, including tarpaulins to cover damaged roofs.

In expressing his company’s commitment to serving its customers, CEO of Massy United Insurance, Randy Graham, explained that “We were able to support these hurricane victims — some of whom are Massy United agents — due to the efforts of our staff. We also provided relief supplies to victims, through collections and donations by other markets in which our company operates.”

Massy United was also involved in the relief efforts that were coordinated by the wider Massy Group.

“We had claims officers and adjusters on the ground almost immediately after the hurricanes struck to assess damages and soon after began to settle claims in those territories. In Dominica, for example, even though there was no light or running water, we opened our office so people could seek clarification on their claims,” Graham said.

He added: “Speedy settlements are at the centre of the company’s customer-centric approach and commitment to be a positive force in the region. Also, it shows Massy United’s role to lead the way in the insurance industry, especially in the area of responsiveness to natural disasters.

“We remain committed to serving our valued policyholders and helping them to rebuild and restore after any disaster. As a trusted partner, Massy will always be there for our customers and will serve them in a timely, efficient, and effective manner.”

Over the 40 years since Massy United Insurance was set up, multi-millions of U.S. dollars have been paid out in claims, in response to destruction caused by major hurricanes and other acts of God. This is why, across the Caribbean, our customers trust us to protect the things that are most important to them. They know they can rely on us to be there when it matters.

Massy United Insurance Ltd. offers a range of general insurance products and services to customers in 18 different territories throughout the English- and Dutch-speaking Caribbean. The financially-strong and reliable company has maintained a rating of A- (Excellent) by A.M. Best for 11 consecutive years and is part of the Massy Group, a regional group of over 60 companies. Massy United Insurance is represented in Saint Lucia by United Insurance Agents (Saint Lucia) Ltd.