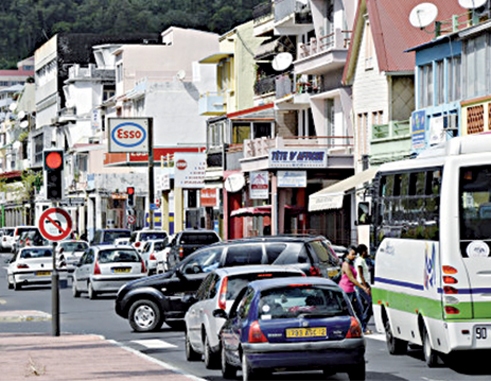 A Short Story by Stan Bishop

“But why, Mommy? Why?”
“Because Mommy has to get to work on time, Ronnie.”
“But you do that every day, Mommy. Why can’t you spare just a few minutes with us today?”
“Because, my son, Mommy wants what’s best for you and your sister.”

The early morning negotiation between nine-year-old, Ronnie, and his mother, Rita, competed with the rooster’s call to order for the day. Ronnie could not understand why his mother had to work on Christmas Day despite the beautiful plans he had written in his composition in class just a few weeks earlier about spending the day with his family.

Ice-cold tears rolled down Rita’s cheeks as she boarded the cramped, noisy staff bus on Jn. Baptiste Street around seven-fifteen that Friday morning en route to her twelve-hour shift. She choked back gut-wrenching emotions as she thought about leaving Ronnie and his three-month-old sister, Summer, at the babysitter’s in the CDC apartment complex nearby.

Inasmuch as Ronnie’s protestations made perfect sense to her, she knew that the world was not perfect. She knew that she had to do what must be done so that she kept her job and her family together. She also needed the overtime more than she normally did: her mother’s diabetes was acting up and the medical and household bills were stacking up. As the only breadwinner for a house of four, hard work had become second nature to her.

Becoming pregnant with Ronnie at nineteen was certainly not in Rita’s plans. She wanted to be so many things: an architect, an accountant, a top chef. But sometimes even the best plans can go awry, especially when wrong men like Neil find themselves in good women’s lives.

A hardworking man when Rita first met him at a relative’s wedding when she was seventeen, Neil soon quit his good-paying job as a computer programmer for the government after Rita got pregnant and resorted to driving his fast car, chasing fancy women and hanging out at the flashy bars in Rodney Bay.

Were it not for Rita’s mother, Sonia, only God knows what might have become of the poor young mother. At least Rita was smart enough not to cuss her mother out and walk out of her Leslie Land home when Neil tried his utmost to convince her to move in with him when she was six months pregnant with Ronnie.

Despite Neil being fifteen years older than Rita not being an issue for her, Sonia felt his carefree lifestyle did not suit her Christian daughter’s. Neil soon got the message and stopped checking up on Rita after visiting the hospital twice to see his son when he was born. Never paid a month’s maintenance nor bought the boy a pack of Huggies.

Rita was lucky enough to post good grades in secondary school, though. In fact, it was her love for Home Economics that eventually qualified her for the junior chef position at one of the island’s leading hotels in the north about four months after Ronnie was born. Her dedication to her work was such that within a short space of time she was able to land the Food and Beverage Supervisor position, overseeing a large restaurant with nearly a hundred staff in her charge.

Everything was going well for her until Neil showed up in her life again via WhatsApp seeking a second chance at a future with her. She couldn’t resist, having not felt the tender touch of a man ever since Neil left. After all, he was Ronnie’s father and she had never really written him out of her life for good, anyway.

But she did lay down some rules to Neil this time around: that he begins to be a better father to Ronnie, hold down a real job, treat her like a lady and eventually get her and her children an apartment. Neil promised to keep up every end of that bargain and did much of it for a few months until Rita found out she was pregnant again. Within two months of her pregnancy, Neil disappeared again and went back to his old ways.

As the staff bus made its way through the snaking traffic along Vide Boutielle Highway that Friday morning, thoughts of how Rita had gotten to that point bothered her. A life of being abandoned by the love of her life had now found her abandoning the two precious loves of her life for the sake of a dollar and loads of overtime.

She felt a little better when she theorized that she would spend that day’s pay on Ronnie and Summer’s toys and take them to Assou Square the following week. She also thought about her teary-eyed son wishing his mother could spend Christmas Day with him and his sister.

It’s a hard thing being a single mother, especially when they’re forced to make a decision between finding time for their children and slaving away on the job that provides for them. If Ronnie and Summer were not in her world, she’d probably call in sick today and join her friends on that boat ride to Soufriere or go to that new disco in Gros Islet.

But life changes everything, let alone two precious little ones that mean so much to a woman whose eyes hardly see sleep from the long hours she spends at a hotel working. Chasing paper dreams that never seem enough to pay the bills, anyway.

Just as the staff bus was about to cross the Gros Islet gap into Massade, something in Rita saw a light that even her tired eyes could not picture. Within five minutes, the staff bus would be turning into the iron gates where she would find herself wishing strangers the best of the festive season. She had to do something fast, something bold, something for her children. Common sense had to take precedence over paper notes of legal tender.

She beckoned the driver to stop the bus immediately and she got off, walked back to the gap and boarded a minibus back to Castries. Neil might have walked out on her and her babies when they needed him most. But she was not prepared to live with the memory of leaving her babies at home without her for Christmas, especially when she knew they needed her more than anything money can buy.

Tomorrow, Rita’s boss just might begin to understand the hard decisions a single mother is forced to make, especially around the holidays. But today Rita will spend Christmas with her loves.