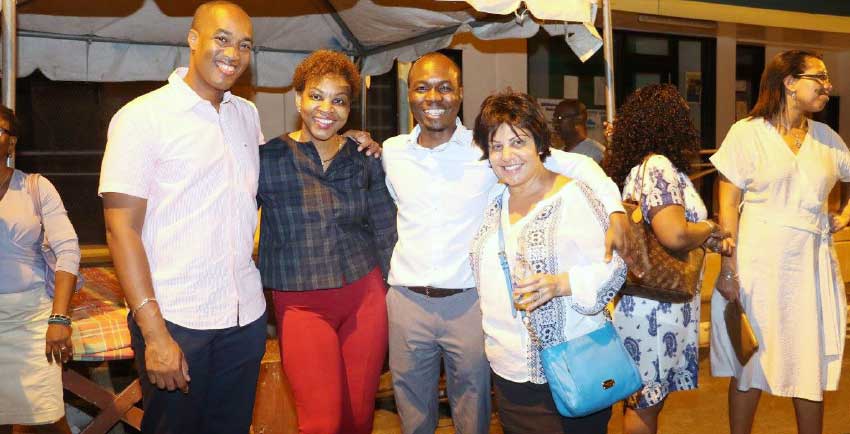 PRESS RELEASE – THE popular Anse la Raye Fish Friday was relaunched on Friday, December 1, and by all accounts was a huge success. The activity, which started back in 1999, had been on hold for well over a year now. But now, with a revitalized community group and vendors association and backed by the Events Company of Saint Lucia, Saint Lucia Tourism Authority and Saint Lucia Distillers Bounty Rum, the dream of putting the event back on the weekly calendar of popular activities in Saint Lucia was realized.

Scores of people from the community, as well as hundreds of Saint Lucians from all over the island, took in the Friday evening lime and were warmly embraced by the community as they savoured freshly-prepared seafood and other delicacies and drinks.

“Tonight is really just the beginning of something that is very special to this village and to its people and to its economy and to their very survival. Tonight, I hope, is the beginning of the resurrection of a very important event — not just for Anse la Raye but for Saint Lucia,” Fedee said.

He, however, called on all of the stakeholders involved to embrace a more business-like approach if the Anse la Raye Fish Friday is to be sustained as tourism product.

Minister for Culture and Local Government, Senator Fortuna Belrose, called on the community to embrace the event. She, too, emphasized the need to offer good value for money.

“This event is the people of Anse la Raye’s event. This is what we use to say to the rest of the world we are here, we are capable and we are able, and you as vendors and you as residents have a responsibility to ensure that whatever is delivered here every Friday night sends a good message about this community. This is the only way people will continue to return to Anse la Raye. We must be polite, we must be engaging, we must sell the foods at the right prices, so people can come and be a part of what is happening here,” Belrose said.

“It is undeniable that the event has brought economic benefits not only to the vendors, who are the prime stakeholders, but the village community as a whole. Over its 17 years of its existence, approximately twenty-five vendors have been its major beneficiaries. In addition, bar and restaurant owners and street-side vendors, musicians and other performing artistes also benefit significantly, as part of Fish Fridays,” Lawrence said.

The West Coast Survival Steel Band from the community, calypsonians Herb Black and Black Pearl — who are both from Anse la Raye –, soca star Ricky T, and “Dennery Segment” champions Matta and Migos provided the entertainment for the evening, which was thoroughly enjoyed by the many people who attended the event.

Activities in Anse la Raye continued last Thursday. On Thursday, December 14, there will be the Anse la Raye Seafood Festivals — ARC Thursdays, offering local cuisine and cultural activities for the enjoyment of visitors and Saint Lucians alike. On Friday, December 22, “Twadisyon Noel” will be observed in the village.