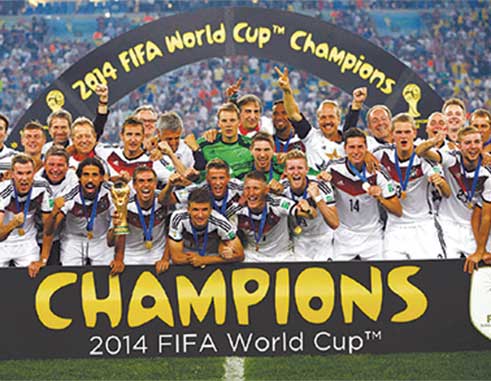 THE United States did not qualify for the World Cup for the first time in more than three decades. There are, however, 23 countries that have clinched spots and a host of others still alive in last-chance qualifiers.

Three African groups have yet to be decided. Tunisia leads Group A with 13 points. To advance, the Democratic Republic of Congo (10 points) will need to beat Guinea in November, have Tunisia lose to Libya and also make up a two-goal deficit in differential.

Morocco (9 points) and Ivory Coast (8) will vie for Group C. Morocco has not allowed a goal through its first five matches and has a plus-nine goal differential. The two countries will play on November 11 in Ivory Coast.

Senegal (8 points) leads Group D even though it has only played four matches; its 2-1 loss to South Africa in November 2016 will be replayed November 10, 2017. Burkina Faso and Cape Verde both have six points.

World Cup play-off draw
Northern Ireland versus Switzerland/Croatia versus Greece (November 9 and 12), Sweden versus Italy (November 10 and 13) and Denmark versus Republic of Ireland (November 11 and 14).

Australia and Honduras will twice go head-to-head between November 6-14 for one qualifying spot, and New Zealand and Peru will also vie for one World Cup berth.