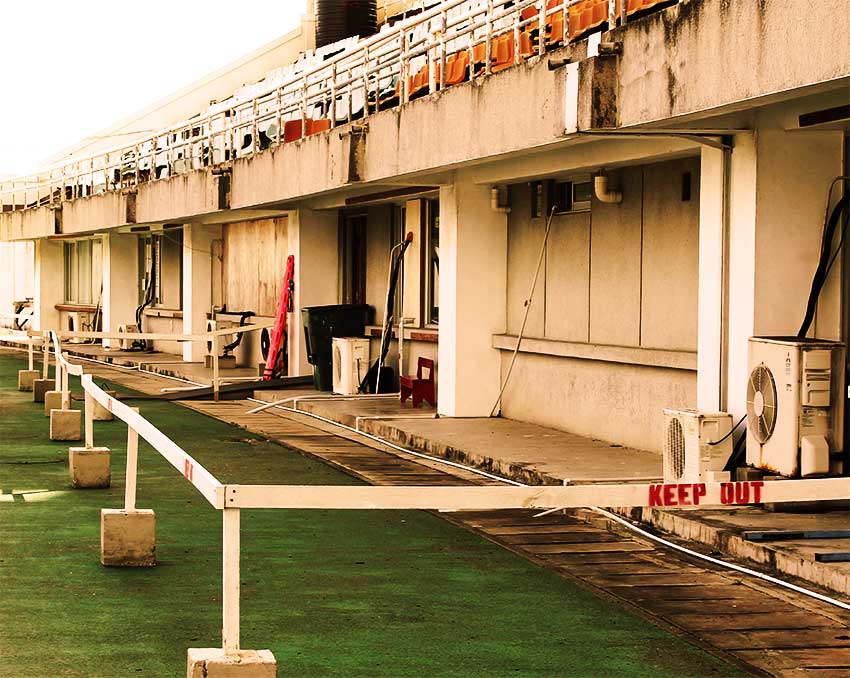 THE St. Jude Hospital Reconstruction Project took an unusual turn on Thursday when close to 100 employees of the hospital petitioned Prime Minister Allen Chastanet of their unwillingness to remain at the George Odlum Stadium.

The stadium, the temporary structure used to house the hospital when it was gutted by fire on September 9, 2009, is in dire need of repairs to its electrical and plumbing facilities and roof structure. Although government has promised to repair it, fears have been expressed by many that it will crumble anytime soon.

The workers say they are extremely concerned about the developments surrounding the reconstruction and were astonished to learn that over $100 million had been spent on the project which, they say, is far from complete and its present status not meeting international standards.

“We were told that the relocation to the stadium would have been temporary. We are now at the stadium for eight years and it is not fit for workers or patients. Despite all the occupational safety and health issues, we have demonstrated our patriotism and exercised our responsibilities with all the discomfort and threat to our personal health,” noted the employees in their petition.

They are pleading with Chastanet to allow them to visit the project and ensure that anyone found to be involved in siphoning money from the project be brought before a court of law.

“Sir, it is more than apparent that our meagre take-home pay is small and cannot justify ‘hard work for good pay’. Prime Minister, we think that the stadium has outlived its temporary purpose as a medical institution and should cease to function as such,” employees wrote in their petition.

The decision to petition the Prime Minister was taken at a general meeting of workers late last month called by the National Workers Union (NWU), their bargaining representative.

Workers at that meeting, which was held in the hospital’s conference room, noted that the project is one of the most scandalous financial undertakings in the history of St. Lucia and that they should be allowed to visit it.

“We cannot remain at the stadium indefinitely any longer. We should be given a time schedule for our departure from the stadium. The stadium should not be allowed to deteriorate; therefore, one million dollars should go towards present rehabilitative maintenance,” they said.

The letter to the Prime Minister was copied to Ulric Mondesir, Chairman of the Hospital’s Board of Directors.

NWU President General Tyrone Maynard said the union supports the workers’ position and is looking forward to a response from the Prime Minister.

Meanwhile, plans by Alva Baptiste, Laborie’s parliamentary representative, to visit the reconstruction on the hospital’s original site this week were suspended in favour of a collective call made at his party’s Conference of Delegates last Sunday to give the government time to state its position on the matter.

Opposition Leader Philip J. Pierre gave the government two weeks to state its position on the hospital’s reconstruction; if not, the opposition will do what it has to do, he said. The two-week period ends next week.