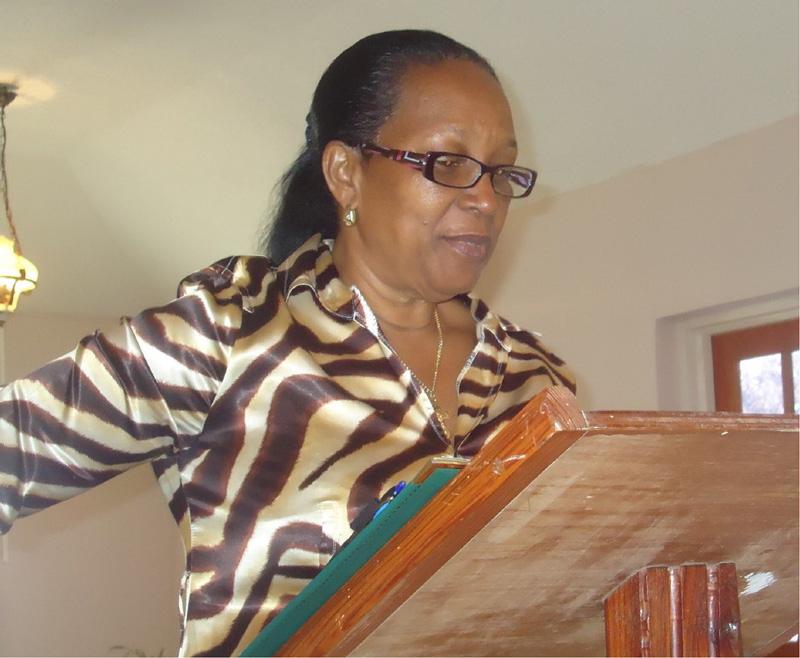 WHEN Eugene Mitchell came from the Land Registry Department, did he really know what his new position at the Price Control Unit (PCU) would have entailed?

Throughout his 27 years at the PCU, its nomenclature having been changed in 1997 to the Consumer Affairs Department (CAD) and most recently to Consumer Affairs Division (CAD), Mitch — as he was affectionately called by his colleagues — came into contact with numerous consumers and providers of goods and services throughout the length and breadth of the island.

However, one memorable occasion which will be recalled for a very long time was during a shop survey at a minimart just outside of Castries. Mitch kept calling out to the proprietor of the said business, seeking clarification about the prices on some controlled items which were not the same as the prices approved by the Division in accordance with Section 29 of the Distribution and Price of Goods Act No. 35 of 2006.

Apparently, that shop owner felt uneasy by Mitch’s towering height which, it can be said, epitomized all that the CAD stands for, and exclaimed to the officer: “You are like a thorn in my side.”

Despite that outburst by the shopkeeper, Mitch was not daunted and was always delighted to return to that enterprise once he had been assigned to work there. He worked assiduously and took nothing for granted whenever he was charged with the task of undertaking an investigation, once a consumer came to the CAD with a legitimate complaint. Mitch would approach any given situation in a very impartial and professional manner, such that neither the consumer nor a business could have accurately predicted the verdict.

Most business owners viewed him as a very meticulous public officer who observed the law to the letter. When the CAD became the main consumer protection agency on the island, Mitch teamed up with Francis Raphael and Yolande Anthony.

Whenever Mitch, Raphael and Anthony approached business places to conduct an investigation, an air of wonder and trepidation engulfed the minds of business owners. In the execution of their duties, the said officers used wisdom and exhibited a high level of seriousness which had business owners questioning themselves as to what the problem could be this time around.

The trio (Mitch, Raphael and Yolande) were not ruthless and uncaring. As they sought redress for consumers who had genuine complaints, the ultimate goal was always — and still is — to ensure that there was equilibrium between the providers of goods and services and consumers whenever a transaction was undertaken, thereby creating a fair trading environment.

Alas, the time came when Yolande and Raphael made their exits into retirement about four and three years ago respectively and, most recently on August 8, 2017, Mitch rode out into the sunset on retirement. Their enormous, remarkable and illustrious careers will be remembered for a very long time by business places island-wide and the staff at the CAD. Mitch described his stint working with them as very interesting, unusual and a pleasure.

No matter what the experiences were with Mitch, Raphael and Yolande, all who came into contact with them may very well concur that their departures will be very conspicuous and they will be missed immensely.

The staff at the CAD, and by extension the Department of Commerce, International Trade, Investment, Enterprise Development and Consumer Affairs, wish them the very best in their future endeavours.