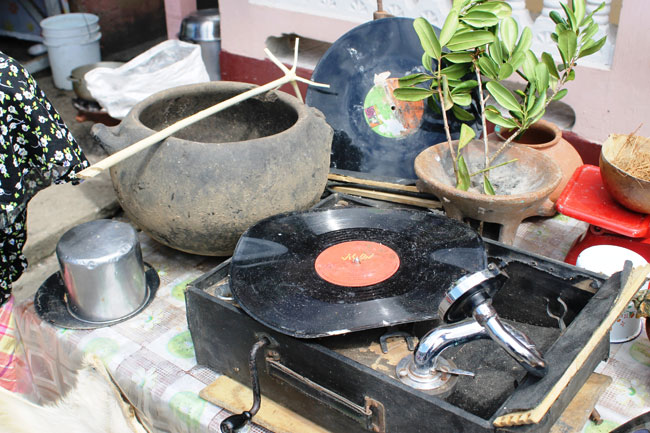 Conceived in 2012 by then leader of De Revue, Gordon “Chacom” Leon, the event began as a kweyol calypso competition to further engender participation in the Creole Heritage Month activities. The event has since metamorphosed into a song competition, including all genres of music.

Over the years, the event has been won by Agnes “Black Pearl” Francis, Gregory Sinaise and in 2015 Ras Africa. The 2016 edition was a festival hosted to raise funds for the tent’s ailing founder, Leon.

Although Chacom has since passed on, the tent is determined to continue to host this National Kweyol Song Competition which was a significant love of Chacom’s life, in tribute to the Tent’s founder and the passion of Chacom for the kweyol language.

As in the past, the 2017 edition will take place this October as we celebrate our kweyol heritage. Registration forms are now available and can be found online via the Facebook page of De Revue, or through e-mail socalypso2017@gmail.com

De Revue invites all writers, producers and artistes to register for this year’s “Annou manjé, dansé, chanté en kwéyòl (pou Chacom)”. A writers’ forum to provide writers information on the creole language, its use and writing in kweyol will be held for all interested writers, producers and artistes. This first workshop is scheduled to take place on Wednesday, August 30. More details will be circulated soon.

Meanwhile, performers, producers and writers are being urged to get their music ready for competition. As in the past, there will be a preliminary round of the competition judged on recordings submitted. Deadline for submitting competition songs is Saturday, September 30, 2017.

De Revue is excitedly looking forward to this year’s “Annou manjé, dansé, chanté en kwéyòl (pou Chacom)” and what this flavourful edition of the National Kweyol Song Competition will bring to the festivities of Kweyol Heritage Month.