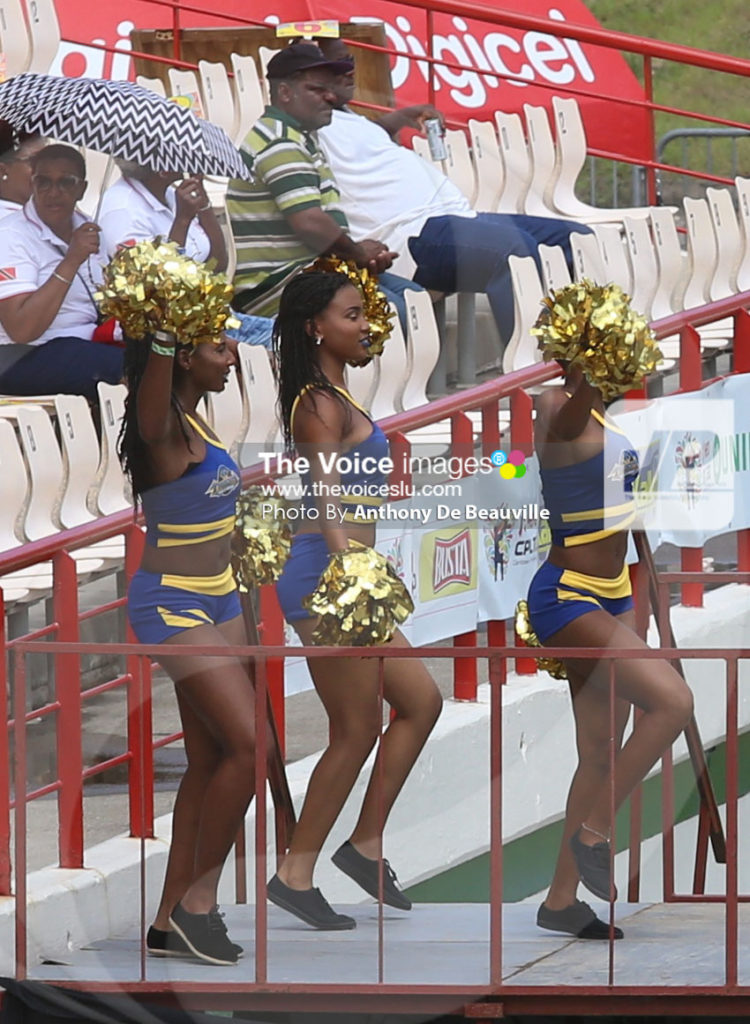 THE exciting atmosphere continued last evening at the Queen’s Park Oval in Trinidad and Tobago in Game 6 of the 2017 Hero Caribbean Premiere League as Trinbago Knight Riders took on the Daren Sammy-led St. Lucia Stars.

On Thursday, from 8:00 p.m., the DSCG will host the St. Lucia Stars and Barbados Tridents.

In matches played on Saturday in Lauderhill, Florida, Saint Kitts and Nevis Patriots defeated Guyana Amazon Warriors by 4 wickets (Scores: Guyana Amazon Warriors 123 for 7 in 20 overs, Saint Kitts and Nevis Patriots 124 for 6 in 19 overs) while Barbados Tridents won over Jamaica Tallawahs by 12 runs, (Scores: Barbados Tridents 142 for 7 in 20 overs, Jamaica Tallawahs 130 for 6 in 20 overs).

Meanwhile, in the tournament opener played at the Daren Sammy Cricket Ground on Friday night in front of a massive crowd, it was a stroll for the Trinbago Knight Riders as they began the season in fine fashion.

The Stars started the defence of 132 well with pinch-hitter, Sunil Narine, sent back for a first-ball duck. Brendon McCullum survived a very close LBW call and it was carnage after that. Colin Munro began with an 18-run over off McCoy. McCullum joined him soon and both made sparkling quick-fire fifties and the Stars were blown away in double quick time with 56 balls to spare.

Shadab Khan, the Pakistan legspinner, on CPL debut picked up 2 for 15 and the effort earned him the Player of the Match award as the St. Lucia Stars limped to 132 for 9. On a true surface with even bounce, it was far from enough.

Opener Andre Fletcher triggered a pulsating start, hitting Khary Pierre, the left-arm spinner, for three successive fours in the second over. But Shadab’s introduction brought the runs under check. Fletcher, looked to whip one by walking across, only to see Shadab cleverly fire the ball in, was trapped plumb in front for 26, which would be the highest score of the innings.

Two overs earlier, Jesse Ryder, returning to competitive cricket for the first time since March, struggled for timing and holed out to deep square leg in a desperate attempt to bring out the big hit. It left a lengthy tail with plenty of work to do at 81 for 5.

A thin middle-order left the St. Lucia franchise vulnerable on a number of occasions last year. Shane Watson played a key role in propping them out of trouble. On a day when they needed him, he was forced to sit out after a calf injury flared up on the long flight across the Pacific.

Meanwhile, St. Lucia Stars captain Daren Sammy said it was “very disappointing to start with a loss, particularly at home. We didn’t start well and were never in the hunt, pretty poor in all the three departments of the game.

“We missed our key all-rounder, Shane Watson, but the others had a job to do. I thought we lost early wickets, didn’t have a partnership and the bowling never got going. We will have to regroup and play as a unit when we travel to Trinidad.”

Trinbago captain Dwayne Bravo said he was, “very happy with the effort. The Stars are never easy to play against, happy to be done with it. We want to play a brand of positive cricket; we have plenty of options in the team.

“Sunil and Shahdab are two world-class bowlers; it’s great to have wicket-taking options that always slow down the game. Looking forward to going back home and playing in front of our fans. I am happy to play cricket once again. I am getting better, hope to get stronger and better in the next few matches.”