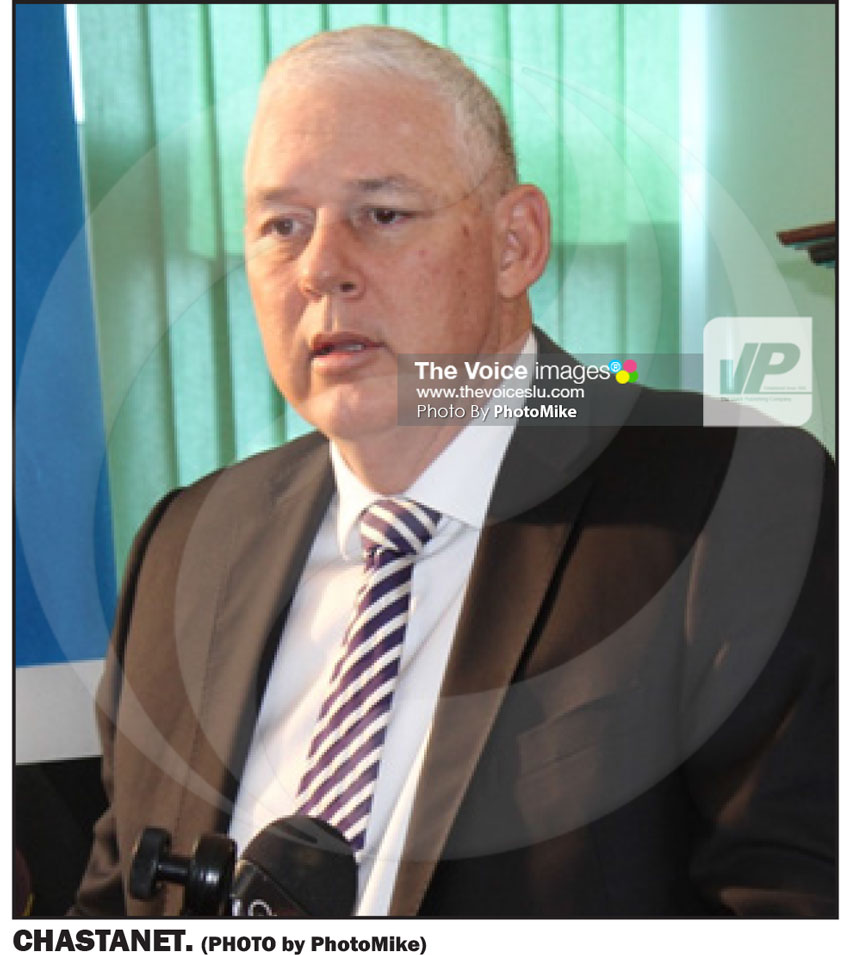 PRIME Minister Allen Chastanet is not unduly worried about his government getting engaged in a squabble with Chairman of the Sandals Resorts International (SRI), Gordon “Butch” Stewart, who is now in a row with the government of Antigua and Barbuda.

During a press briefing on Monday, Chastanet said he has no concerns of a row with the hotel chain and his government, taking into consideration the economic power Stewart appears to have in St. Lucia, being the owner of three hotels and a golf course.

However, he said he was saddened that the relationship between the government of Antigua and Barbuda and a private entity like Sandals had reached that point.

“I am very sorry about what is taking place in Antigua and Barbuda. I would like to think that we would not find ourselves in that position,” Chastanet said.

Sandals collects an Antigua and Barbuda Sales Tax (ABST) from its customers and, according to the Antiguan Prime Minister, Gaston Browne, keeps 65 per cent of the yields. The Antigua and Barbuda government is trying to change this but Stewart is claiming it means the rescinding of a concession agreement with Sandals.

The agreement was signed in 2009 with the United Progressive Party (UPP) administration. However, Browne’s administration made it clear to SRI about its unwillingness to continue with the arrangement. The hotel claimed that this was a blatant breach of the agreement and called on the Antiguan government to revisit its decision.

Sandals Grand Antigua subsequently informed the Antiguan government on July 14 that it would close the 380-room hotel for three months from September 20 to December 17 for essential maintenance work.

Browne claimed that SRI’s decision to close the hotel was sabotage and an “act of hostility” designed to win tax concessions from the government.

The Antigua Observer Newspaper reported that Sandals had demanded a waiver on food and alcohol duties, which the government refused.

“Some people might say they (Sandals) have four properties and can hold you accountable. I look at it from the perspective that Sandals has a substantive amount of its overall global inventory in St. Lucia. So I think the likelihood of them doing something similar in Antigua — I’m not so sure that’s possible,” he said.

Chastanet said his administration will not get into that type of disagreement with any private sector investment and, hopefully, would avoid such agreements from happening. He said private sector and public sector partnerships are needed.

“It is important to note that we cannot run away from what the facts are, which is this: it’s a very competitive world today. The normal order you will see in the world has dissipated. It really has been every man for himself. You see every day countries pillaging other country’s investors, offering better tax regime or doing things to get people to come to their country. That is the world we are living in where we have to fight very hard to keep the number of investors that we have and to attract new investors,” Chastanet said.