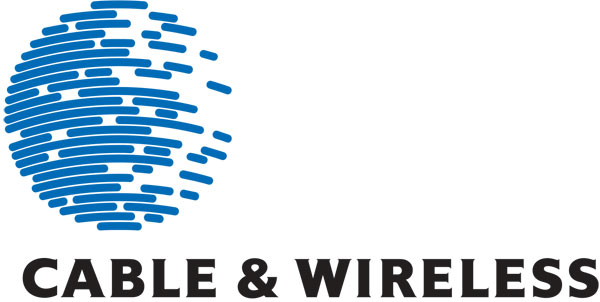 (MIAMI, FL – August 8, 2017) – Cable & Wireless Communications Limited (CWC) is the leading telecommunications operator in substantially all of its consumer markets, which are predominantly located in the Caribbean and Latin America.
It provides entertainment, information and communication services to 3.5 million mobile, 0.4 million television, 0.6 million internet and 0.6 million fixed-line telephony subscribers.

In addition, CWC delivers B2B services and provides wholesale services over its sub-sea and terrestrial networks that connect over 40 markets across the region.

Operating highlights:
• Reported an organic RGU4 decline of 16,000 in Q2, including declines in Video, Internet and Telephony subscribers of 4,000, 3,000 and 9,000, respectively
• Mobile subscribers5 decreased by 48,000 on an organic basis in Q2
• Q2 subscriber highlights across our largest markets were as follows:
◦ In Panama, we added 10,000 RGUs during the quarter, including 4,000 internet and 3,000 cable video RGUs, as we continued to generate momentum behind our refreshed bundled offers and network improvement activities, which enabled faster speeds of up to 300 Mbps. We also continued to grow our DTH6 base, adding 3,000 RGUs in Q2. On the mobile front, we lost 16,000 low-ARPU prepaid subscribers in the quarter;
◦ In Jamaica, RGUs decreased by 12,000 in Q2 as subscribers declined across all fixed-line categories. Our mobile base grew by 3,000 subscribers as we continued to target increased market share;
◦ In the Bahamas, we reported a small RGU decline of 1,000 in Q2 as continued penetration of our growing Fiber-to-the-Home (FttH) network generated 2,000 video adds, offset by a decline of 3,000 in voice subscribers. Our mobile subscriber base fell by 24,000 following the entrance of a new competitor into the market in late 2016;
◦ In Barbados, RGUs declined by 4,000, primarily due to lower fixed-line telephony subscribers and, to a lesser extent, declines in video and broadband caused by competition; and
◦ In Trinidad, we added 2,000 RGUs as growth in fixed-line telephony, through bundling promotions, more than offset a decline in video subscribers due to continued competitive intensity

3 Property and equipment additions (or in the case of CWC, property, equipment and intangible asset additions) include capital expenditures on an accrual basis, amounts financed under vendor financing or capital lease arrangements and other non-cash additions.

4 RGU is separately a Basic Video Subscriber, Enhanced Video Subscriber, DTH Subscriber, Internet Subscriber or Telephony Subscriber (each as defined and described below). A home, residential multiple dwelling unit, or commercial unit may contain one or more RGUs. For example, if a residential customer in our Austrian market subscribed to our enhanced video service, fixed-line telephony service and broadband internet service, the customer would constitute three RGUs. Total RGUs is the sum of Basic Video, Enhanced Video, DTH, Internet and Telephony Subscribers. RGUs generally are counted on a unique premises basis such that a given premises does not count as more than one RGU for any given service. On the other hand, if an individual receives one of our services in two premises (e.g., a primary home and a vacation home), that individual will count as two RGUs for that service. Each bundled cable, internet or telephony service is counted as a separate RGU regardless of the nature of any bundling discount or promotion. Non-paying subscribers are counted as subscribers during their free promotional service period. Some of these subscribers may choose to disconnect after their free service period. Services offered without charge on a long-term basis (e.g., VIP subscribers or free service to employees) generally are not counted as RGUs. We do not include subscriptions to mobile services in our externally reported RGU counts. In this regard, our June 30, 2017 RGU counts exclude our separately reported postpaid and prepaid mobile subscribers.

6 DTH Subscriber is a home, residential multiple dwelling unit or commercial unit that receives our video programming broadcast directly via a geosynchronous satellite.