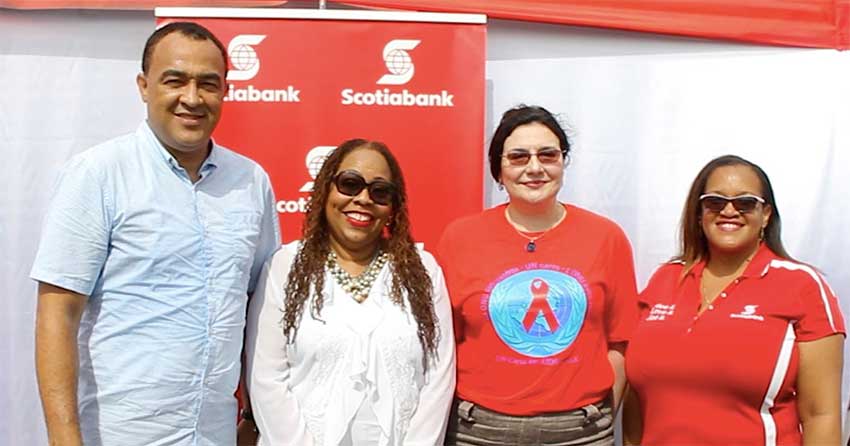 Tufton congratulated LIVE UP: The Caribbean Media Alliance, Scotiabank and the Jamaica National Family Planning Board for the mounting of testing sites not only in Kingston but in Montego Bay, Mandeville and Ocho Rios. He encouraged Jamaicans to get HIV tests regularly because the first line of defense is prevention and advances in technology and medicine mean that a positive result does not mean a death sentence.

Manova, who was also at Mandela Park, said her organization is responsible globally for expanding and accelerating the HIV response with the target of ending HIV/AIDS by 2030. She said it is very important for people to start taking HIV tests as a part of regular health checks.

Dr. Chevannes stressed that living with HIV in Jamaica and the world today is not a life shrouded by death. She pointed out that it is now possible to treat HIV like any other non-communicable disease through care and medication.

She underscored the importance of Regional Testing Day because it normalizes the importance of HIV testing which, in turn, erodes the fear that many people have. She stressed that a positive HIV result is not the end of the world because there are many people who have lived with HIV for decades.