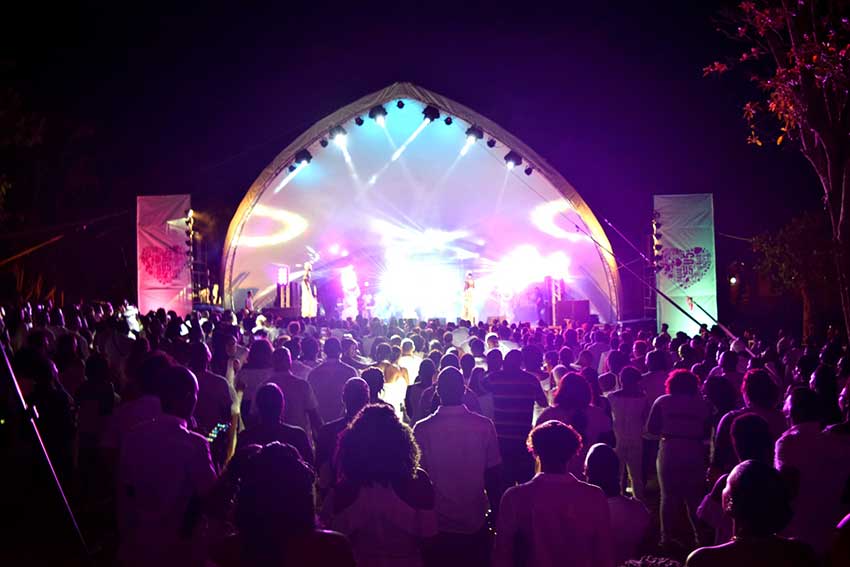 PRESS RELEASE – ONE of the hottest events for Saint Lucia Carnival 2017 came off this week as soca superstar Teddyson John presented the fifth edition of U4RIA featuring seven kings on one stage.

Among that number were Flow customers who had won tickets to U4RIA thanks to their participation in the Endless Everything Summer promotion, 7 Shades of Summer. To win, all customers had to do was to take a selfie with six of their friends wearing sunglasses and different shades of blue clothing, and post them on Facebook and Instagram with the #EndlessEverythingSummer hashtag.

Jayda Hunte and KaylinaMondesir had the most creative posts, with the highest engagement, garnering thousands of likes between them. The two young ladies were joined by their friends for a presentation ceremony on Wednesday at Flow Baywalk during the course of which they were delighted to receive their tickets.

Said Jayda: “A group of six of my friends and I decided to take part in the U4RIA competition, because all of us were excited to go. But the tickets were a little pricey. So we decided to enter the competition and we thought about what would make it more interesting and exciting. So we decided we had to incorporate the U4RIA name and now we are all thrilled to be winners with Flow!”

With 7 Shades of Summer, customers can continue posting their photos for the opportunity to win tickets to SedaleSimei’s Transcend, as well as Wet Fete and Mess.

In the Flow Endless Everything Summer promotion, customers can win cash and prizes, including trendy sunglasses from Family Eye Care. All you have to do is top up your mobile phones $15 or more, buy mobile data plans or combo plans of at least 1GB, sign up for any service, or upgrade any service.