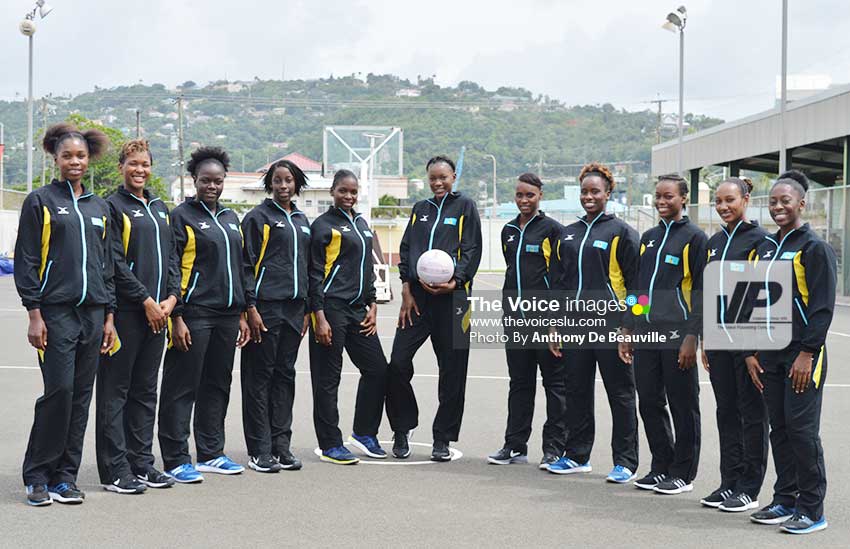 THE Saint Lucia National Netball Association Technical Committee has named a twelve-member team to participate in the 27th OECS Under-23 Netball Championship in Grenada which served off last evening.

Host and defending champions Grenada took on Anguilla in the opening match.

Also on court last evening, Saint Lucia played against Saint Kitts in their opening match as the team hopes to recapture the championship they last won in 2014.

Saint Lucia will be back on court against rivals Saint Vincent and the Grenadines tonight and against the defending champions tomorrow evening. On Monday morning, they will take on Anguilla and in their final matchup in their campaign they will play Montserrat in the evening.

While in St. Georges, the team will be under the guidance of Head Coach Donnalyn Joseph and Assistant Coach Shem Maxwell. Also making the trip to Grenada is Wayne Bentie, who will be officiating as an umpire.

Maxwell spoke to The VOICE about the team’s chances and preparation heading into the championship.

She said: “The girls know each other pretty well; it is not their first outing together as a team. The level of enthusiasm, energy and bonding is at an all-time high. We had quite a bit of preparation leading into the championship with two consecutive weekend camps working on our weaknesses and the tactical aspects of the game. But our focus is to go out there and give it our best shot by taking one game at a time.”

Winners of the Championship to date are Saint Vincent and the Grenadines (14 times), Grenada and Saint Lucia (tied with 5) while Saint Kitts has won twice.