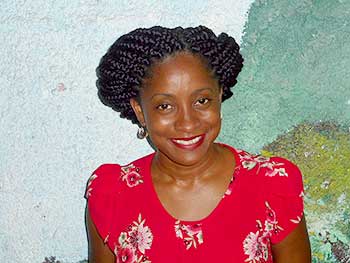 THE Soufriere Events Committee has promised the public a dazzling display of talent, beauty and grace when it holds its queen show tonight at the Soufriere Mini Stadium.

Five young ladies will be vying for the title of “Miss Soufriere Carnival Queen” in a contest which Xanna Octave, Chairperson of the Soufriere Pageant Committee, said is expected to be keenly contested.

“The pageant committee is working hard to ensure we satisfy the public,” Octave told The VOICE in an interview.

She said the contestants are very excited about the event and will do their best to make it a success.

Some of the other activities held over the past few months, which created quite a spectacle, included the contestants making an appearance at the official launching of Carnival on Wednesday, which Octave described as a huge success.

“It was a great show. The package was exceptional. We got good reviews from many people,” she said.

According to her, the theme for this year’s carnival, “Rebirth — Awakening of the Lost Culture”, is timely because Soufriere has not had carnival for the past eight years.

The committee has also organized a number of other activities for the coming days, such as a calypsorama and J’Ouvert.