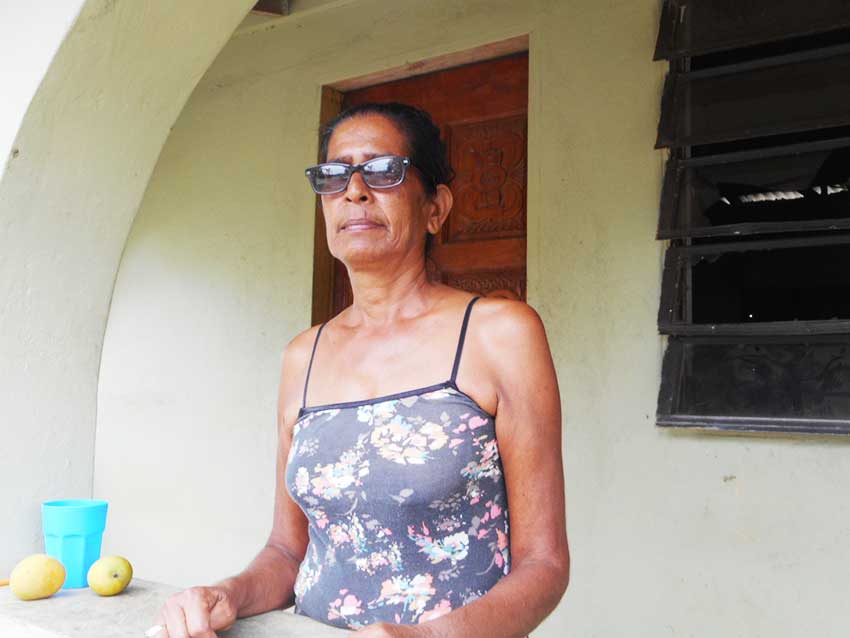 Residents of Pierrot, Vieux-Fort say they are being terrorized by a group of men in the area who leave them in great loss due to damages to their property and theft.

The young men, whom residents say are well-known in the area, carry out their illegal acts without fear of being arrested. They say their agony, which began a few years ago, has gotten worse recently.

According to the concerned residents, the men would drink rum and smoke marijuana and when their heads get “bad”, do anything.

Earlier this year, two people in the area who had their shops burglarized and a number of items and money stolen, claimed they had evidence the men committed the acts.

“They broke into my shop and stole everything — money, gold, an amplifier, a weed eater, clothing,” Ann Marie Daniel, who said the break-in occurred a few weeks ago, told The VOICE.

She added that the incident is a great loss to her.

The recent incident occurred last Friday evening when residents say they witnessed the group of men beating a man and damaging the house in which he shared with a few other men.

Lucy Daniel, the sister of one of the victims, whose shop was reportedly burglarized three times over the past few years, said that about 11:00 p.m. last Friday, she heard the sound of glass breaking and neighbours informing her, shouting, “Look, they are killing your brother.”

She said a group of men had entered her brother’s home, beat him and caused extensive damage to his property. She added that a scuffle ensued between her brother and one of the intruders during which her brother got hurt.

According to Daniel, her brother, who kept crying for help while being attacked, sought refuge by running into a neighbour’s home, but was struck by one of the intruders with a cutlass while he was about to enter the house.

“I know them well because they were once our friends and used to eat at my home,” Daniel said.

According to Daniel, this is the third time the same group of men has attacked her brother. She said she called the police while the incident was taking place but they (the police) took so long to arrive on the scene that when they eventually did, the damage was already done.

Daniel said whenever the men drink and smoke marijuana, they would also break glass bottles on the road.

One of the victims was too distraught to speak to The VOICE.

Since the incident, the victims have abandoned their home for fear of being killed.

Up to press time, no one had been charged in connection with the recent incident.