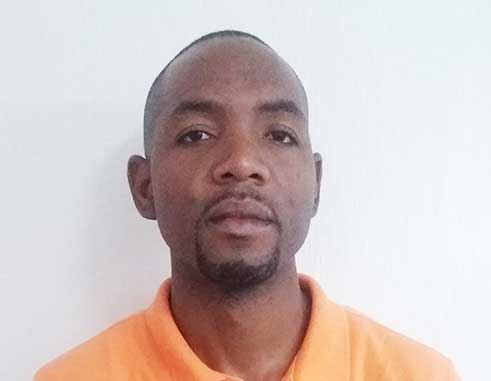 A brazen daylight robbery has left a local photographer feeling hopeless and ready to take his skills elsewhere.

Ashley Anzie sat with The VOICE this week to recount the unfortunate incident that took place two weeks ago in which the tools used for his livelihood were stolen from his vehicle.

Anzie said the incident took place on Sunday, June 11 while he was photographing at a First Communion reception at a Chinese restaurant in Bois d’Orange

He said he arrived at the function at 1:00 p.m. and waited until everyone was present. He later went to his vehicle, which is fully tinted, to retrieve his camera and gear to commence the photo-shoot when he noticed that his windows had been broken and the glass kicked under the vehicle.

“I wasn’t too sure whether someone was following me from morning because I did a wedding before I went there. The person waited till the party was in full swing and they smashed the glass, kicked it under the vehicle and took my entire camera bag. (Another) bag was in the car (but) they didn’t leave with it but took everything that was in it.”

The list of items stolen, he said, includes a laptop with all his work, his entire camera bag with his best camera and new lens which cost US$2500 and some cash. The thief/thieves also went through his wife’s bag and took all the money that was in there as well as his Samsung cell phone.

After doing a final estimation of his losses, Anzie revealed that the perpetrator(s) made off with over $13,780.

Anzie said the police were called but came two hours afterwards due to what they explained was a lack of vehicles. They took a statement and told him to await the crime scene unit (CSU). Once there, the CSU took photographs of the vehicle and left.

He said he went to the Gros Islet Police Station the following Wednesday for an update but was told that there had been no update due to a lack of vehicles.

Anzie said he does not wish to criticise the police, as he trained with the RSLPF and knows about the dire situation they face with a lack of resources. However, he said he felt completely disheartened after one of the companies near the spot where his vehicle was parked declined to be of any assistance in providing closed circuit television footage of the scene at the time of the crime.

When asked whether he asked the police to acquire said footage, he said: “It’s useless, because CID is in a mess right now, so they cannot really do anything for me.”

Anzie said he knows that it is unlikely that he will get his possessions back; however, he hopes to spread a word of caution to his peers who usually travel with their expensive equipment.

He said: “I just want them to be aware because every area has its own gangs hitting vehicles.”

Anzie said the incident has left him contemplating leaving the island: “The way I see it now is to pick up my bag and leave St. Lucia. It’s not getting any better because the youth now don’t want to work. They want the nice things but they don’t want to work for it.”