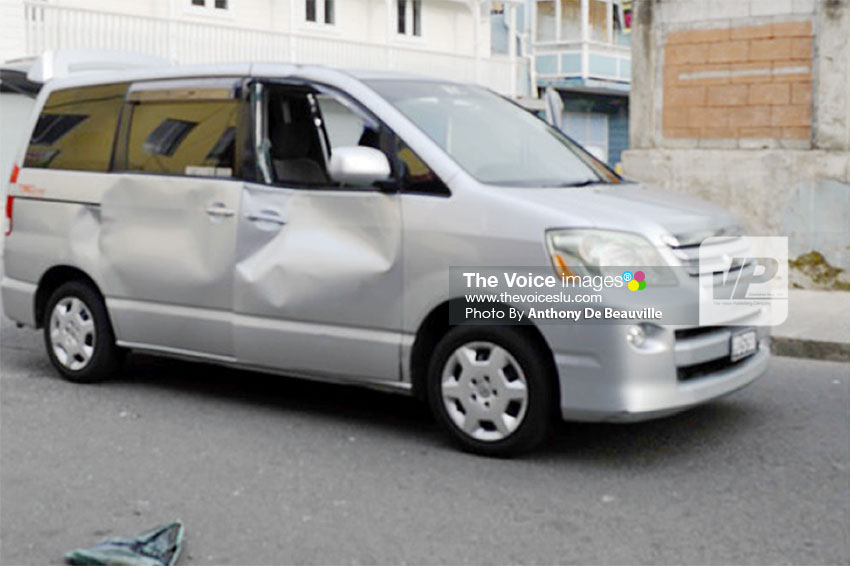 TRAFFIC had to be diverted at the intersection of Coral and Micoud Streets last Sunday afternoon when a horse ran into a vehicle.

According to first responders on the scene, they received a call that a vehicle was involved in a collision with a horse and immediately rushed an ambulance to the scene.

The vehicle involved in the collision, PD 5758, was driven by Finley Louis, who at the time was with his two daughters on their way home following a sporting event when the accident occurred.

“I am lucky,” he told The VOICE. “At the time of the impact, I thought it was part of the building next door that came down crashing on the vehicle, only to realise it was a horse. I didn’t get hurt but one of my daughters had a few scrapes on her face due to the shattered right front window.”

He said the young man riding the horse must have lost control when approaching the junction.

He said, “The horse got some blows because some of its skin stayed on the vehicle. The young man was in pain because he stayed on the ground for at least three minutes before he hopped and fled the scene. My children were crying and they are more important to me than taking a photo at the time. It is just sad that there is no closed circuit television (CCTV) nearby to at least help the police in their investigation when such incidents happen.”