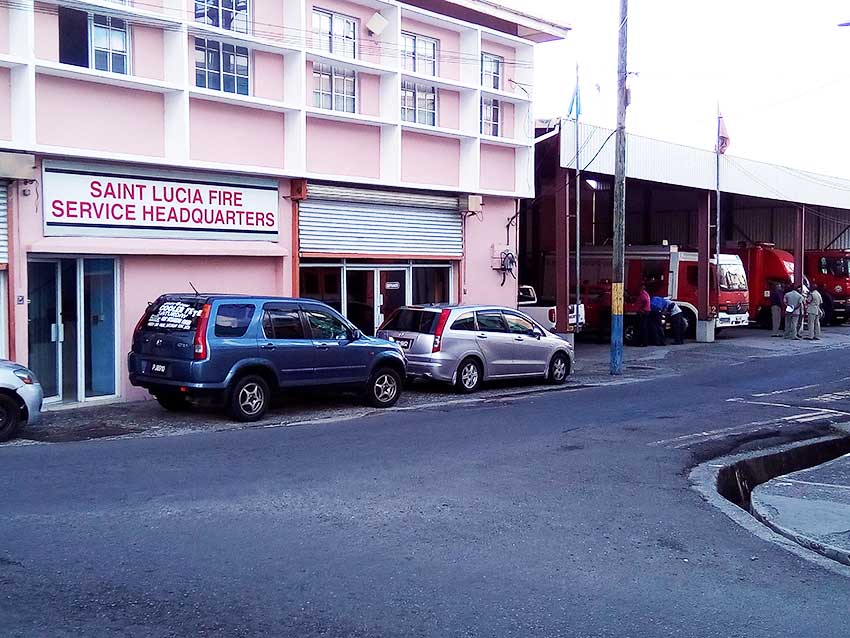 A decision is yet to be made in the selection of a Chief and Deputy Fire Chief for the St. Lucia Fire Service following interviews held by the Public Service Commission (PSC) last week.

Chairman of the PSC, Wilbert King, admitted that interviews were held, but were one aspect of other things to be taken into consideration before decisions are made with respect to filling the positions.

However, the interviews did not go down well with the Fire Service Association (FSA), which says it is extremely concerned about the possible appointments of the current crop of senior officers into those positions.

The FSA, in a release, noted that the appointment of any of the individuals currently serving in acting positions in the Fire Service will sink the Service into further decay.

The FSA said its remarks were based on a 1996 Management Audit conducted on the Saint Lucia Fire Service and that of a 2016 British Experts Report, also on the Fire Service.

The audit noted that “there is the immediate need to settle the issue of leadership in the Fire Service consequent upon the retirement of the Chief Fire Officer. We are, however, weary of the appointment of any of the top officers to the post of Chief and Deputy Chief given the current state of distrust within the Fire Service”.

The British Experts Report, which came out 20 years after the Management Audit, also found a problem with the management of the Fire Service, describing the Fire Service as being “at a point of crisis”.

“There has been disquiet and mounting dissatisfaction within and outside of the service for many years, in particular, relationships between staff representatives and management have deteriorated. There is a lack of confidence and trust on both sides,” noted the 2016 report.

The report further claimed that the structure, governance arrangements, systems, processes and monitoring are not fit for purpose, a situation that has led to degradation in trust and confidence amongst external stakeholders, and in some instances, amongst the citizens of St. Lucia.

“The St. Lucia Fire Service is facing significant risks in a number of areas that will need prompt attention if it is not to fail completely and/or suffer a critical incident/situation,” noted the 2016 report.

The report further notes that the situation is not irrecoverable and listed 37 recommendations for implementation, stating all of them as essential and critical and giving the dates by which each should be implemented.

The 37th recommendation, identified as an essential, a must-do, had been given end of April of this year for completion. The recommendation is that the Government of St. Lucia commissions a short and focused progress review of the St. Lucia Fire Service to be conducted during or soon after April 2017.

The situation gets worse when a Memorandum to the Cabinet of Ministers in March 2016 from the Minister responsible for the Public Service made recommendations to the then Cabinet of Ministers, one of which was to call for someone with the expertise in fire services to lead the change and transformation process required to stabilize the Fire Service.

“In view of the fact that Mr. Lambert Charles, the Deputy Chief Fire Officer, who is currently acting in the office of the Chief Fire Officer, will be proceeding on pre-retirement leave in June of 2016, an assessment of the senior managers (Divisional Officers) in the Fire Service was undertaken using a variety of tools, including psychometric tests, and one-on-one interviews. All of the officers performed extremely poorly in the assessment and the team concluded that it would be important to recruit someone with expertise in Fire Services to implement the recommendations and to lead the change and transformation process required to stabilize the Fire Service,” noted the Memorandum to Cabinet.

The Memorandum also pointed to the lack of trust and confidence in the current management of the Fire Service.

The reports revealed profound evidence of decades of mistrust and ineffectiveness at the island’s organization charged with the responsibility to protect life and property. Successive governments have paid hundreds of thousands of dollars for ideas and recommendations to correct the situation within the Fire Service. So far, those recommendations and ideas are just sitting idly.