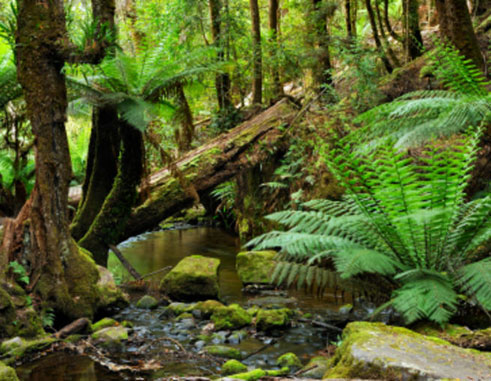 THE recent observance of World Environment Day (June 5) was again observed, as is the norm around the globe. However, upon close observation, the question we need to ask ourselves in relation to the day itself is whether we are doing enough to protect the environment.

One needs only to reflect on the word ‘environment’ and all that it entails to get a sense of appreciation of how important the day’s significance is. In fact, life as we know it from the biblical sense, began with the natural environment being created and later populated by humans. Man’s transgression – if we have to take the Scriptures literally – began when that proverbial fruit was picked in the Garden of Eden.

Even today, that age-old story often finds itself playing out in various ways. In the mad rush to better economic systems, the due care that embodies conventions signed to protect the environment redound to being simply words on paper. Quite often, the yardstick used is that if the degradation of the environment for profit can happen in one place, it can happen anywhere.

Today, the world still attempts to come to grips with the bitter reality that even a sitting U.S. President cannot find enough advisors to convince him that climate change is not a hoax. That the leader of the so-called Free World can be so pompous to end his country’s commitment to preserving the globe from long-term devastating consequences should be certifiable proof that political ideologies can often mean life and death.

Nevertheless, the fact that other world leaders – and even prominent politicians within the U.S. itself – are condemning President Trump’s actions proves that there still remains that cerebral fortitude needed to safeguard our globe’s health from those who find fame and no shame in outweighing cleaner air, sustainable temperatures and our vast oceans with capitalistic fantasies.

Here in Saint Lucia, as is the case throughout the Caribbean, various organizations, such as the Caribbean Community Climate Change Centre (or 5 Cs), have made progressive strides in ensuring that our region remains committed to the Millennium Development Goals (MDGs), in which the environment gets great attention.

Already vulnerable to furious natural disasters that militate against the region ever sustaining any real economic progress, the Caribbean, like many other small island developing states (SIDS), is so vulnerable that protecting the environment should take on deeper meaning.

However, the very fact that national policies are crafted by central government means that quite often the fine line separating sustainability and overdoing gets blurred.

Recent cases of protest in Saint Lucia over mega-million-dollar projects have unearthed a sense of responsibility in Saint Lucians on a seemingly unprecedented level. So much so that these days patrimony has become a household word. But the passion need not end there.

As the Minister for Sustainable Development, Dr. Gale Rigobert, quite rightly advised earlier this week, Saint Lucians need to ‘connect with nature”, get to know and appreciate their island more. With this year’s World Environment Day theme being “Connecting People To Nature”, the Minister encouraged citizens to “become involved in, or initiate, community-based projects that will improve your knowledge of, and appreciation for, our natural resources.”

Interestingly, she added that “by doing this, you will develop a great sense of ownership and pride for the beauty that surrounds us and on which we depend.” The Minister is correct. However, the fact that the words are now permanently etched for posterity means that Saint Lucians expect her to do all within her power to ensure that such sentiments are always included in any policies that threaten the natural environment.

But the responsibility should not rest with the political directorate alone. Every Saint Lucian must find the need to embrace, appreciate, protect and connect with this island that still carries a lot of weight as far as its “Simply Beautiful” tagline is concerned. If everyone commits to doing that basic duty, then it would be very difficult for any local politician to even dare adopt that do-what-I-please attitude of President Trump.