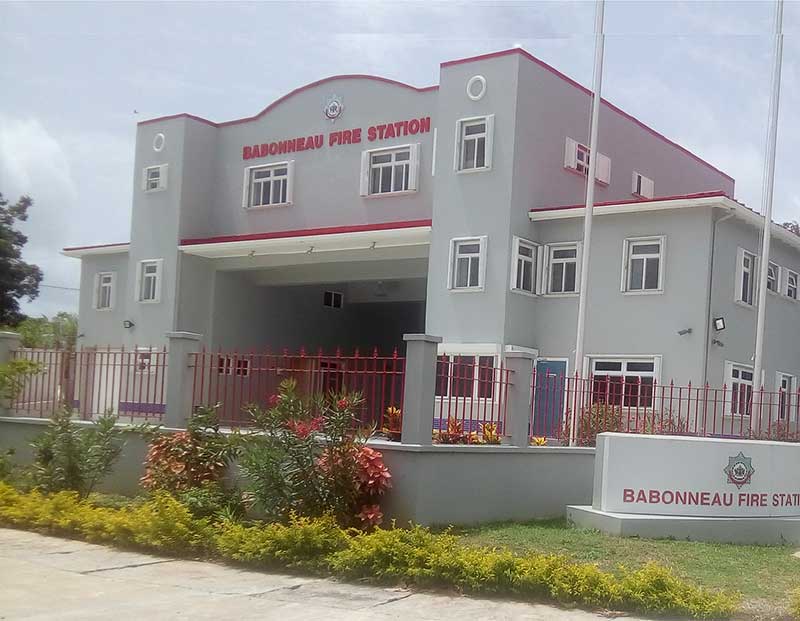 MONTHS after its completion, the $6 million fire station in Babonneau remains empty and unstaffed. Even worse, no one can say when it will become operational to serve that community.

At the time of its groundbreaking in June 2015, the government and the top management of the fire department embraced the new addition to the Fire Service. However, the Fire Service Association had indicated the need to fully staff the Fire Service before adding another fire station.

Back then, both the government and the fire department hierarchy had noted that the Babonneau Fire Station would benefit Babonneau and its environs immensely.

“We are poised to make a new beginning. We are marching forward with renewed strength and vigour,” said Acting Fire Chief at the time, Lambert Charles.

Echoing him was then Minister for Legal Affairs, Home Affairs and National Security, Senator Philip La Corbiniere, who said government was committed to supporting the Saint Lucia Fire Service.

“You must remember that approximately half of our population lives in the northern belt — from Castries all the way to the north — and so it is critical that we have the appropriate services and the basis from which that service can be launched,” he said.

The fire station has been completed since last year. Yet, no one has come forward with information regarding its opening. Staff shortage highlighted by the Association two years ago is still as chronic today as it was back then.

In fact, the recruitment of 40 new fire officers into the service this year has not improved the situation, according to reports from fire personnel.

The VOICE learned that between the years 2011 to the present about 60-plus fire officers left the Fire Service for various reasons, ranging from transfers, dismissals, resignations, retirement and study leave. During that period, no one had been recruited to make up for the loss, until this year when the 40 were recruited after graduating from training school.

Moreover, the 40 recruits are not yet fully integrated into the Fire Service, meaning they are not attached on a permanent basis, because government has yet to make the necessary allowances for them.

Meanwhile, officers say that while the Fire Service is understaffed, another reason why the recruits have yet to be incorporated into the system is because of the agonizingly slow pace by government in filling in vacancies that exist in the Fire Service.

“Were those vacancies to be filled today, you will then see the need to recruit fire-fighters. But as it now stands, it appears there is not a need. But truly, we are understaffed and in need of personnel,” a member of the Service said, asking to remain anonymous.