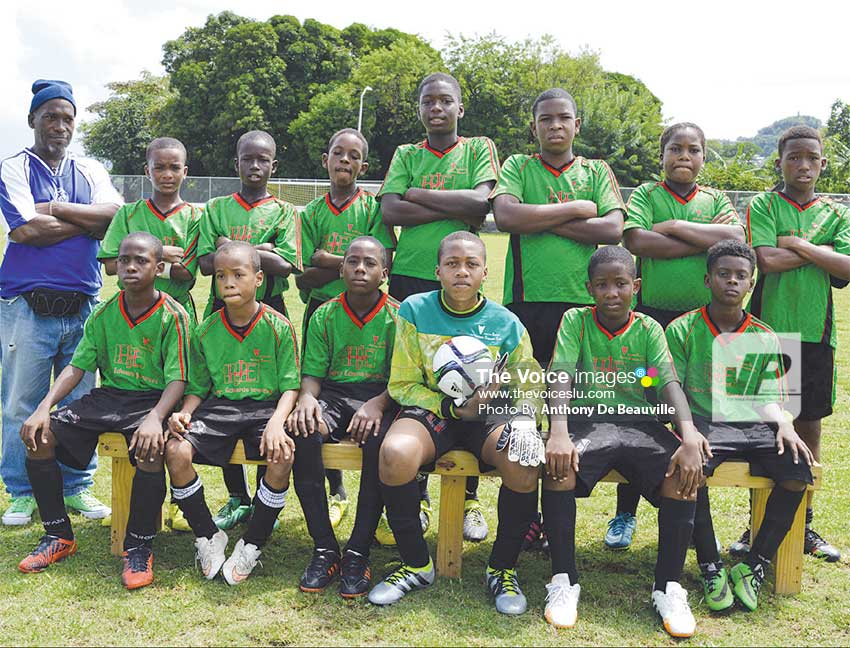 THE VSADC Youth Academy was the grateful recipient of players’ and coaches’ uniforms, thanks to the generosity of duty-free retailer Del Sol Ltd. and Peter & Company Distribution (PCD) through its Pine Hill Juice and Lucozade sports drink brands last weekend.

On hand to present the coaches’ uniforms was Ryan Cazaboun of Del Sol Ltd. Cazaboun expressed his company’s delight in assisting a grassroots football programme, especially one which targeted inner city kids.

Also in attendance was Krystal Francois, Brand Manager of Pine Hill, who reiterated Pine Hill’s commitment to local youth and sports. Francois also expressed satisfaction that the VSADC U-13 team was currently performing extremely well in the Northern Zone Under-13 tournaments and urged the team to continue to aim for excellence.

Emerson Auguste of Peter & Company Distribution officially presented the Lucozade-branded uniforms to the VSADC Youth Academy’s U-16 team and he, too, commented on the proud history of Lucozade in local youth sports, especially track and field.

On hand to receive the uniforms on behalf of VSADC were club president, Curtis Paul and Secretary Craig Anderson.