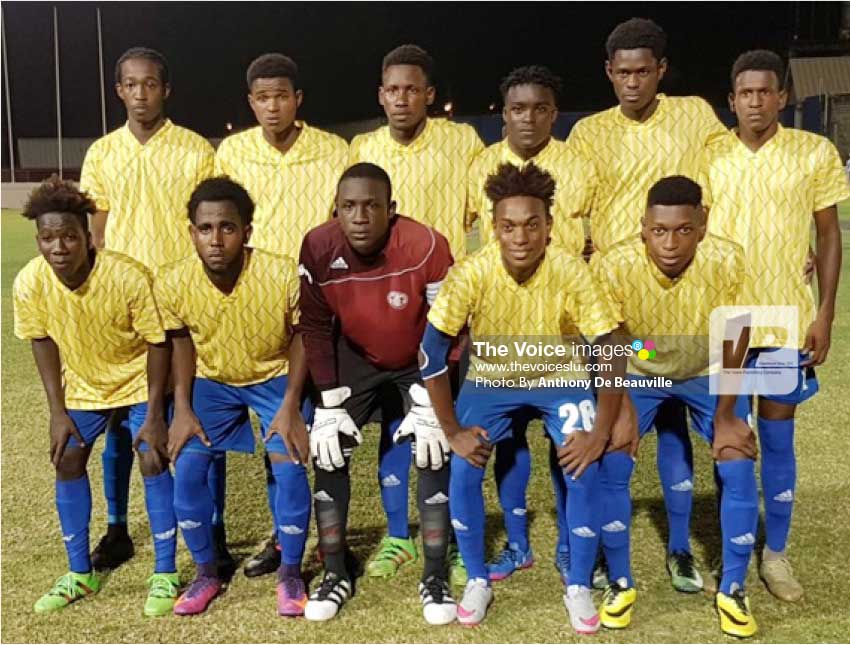 THE semifinal round of the third edition of the Vizions Entertainment/SLFA Super League Football Tournament takes place at the Daren Sammy Cricket Ground today.

In the first semifinal from 6:30 p.m., Central Castries will play the National Under-21 team, who are currently on a 4-match winning streak.

In the second semifinal slated for 8:30 p.m., Vieux Fort South will take on Canaries. Vieux Fort South, last year’s finalists, will start as favourites going into this game, but a win for Canaries will secure them their place in the final for the first time in the tournament’s history.

What makes it even more interesting is that if the National Under-21 team defeats Central Castries, they will play Canaries should Canaries win. The last time the two teams met was in the opening encounter in Group 3 at the Soufriere Mini Stadium with the game ending 1-1.

Meanwhile, on their way to the semifinal the National Under-21’s played five matches, finishing second in Group 3 with 3 wins and a draw (10 points).