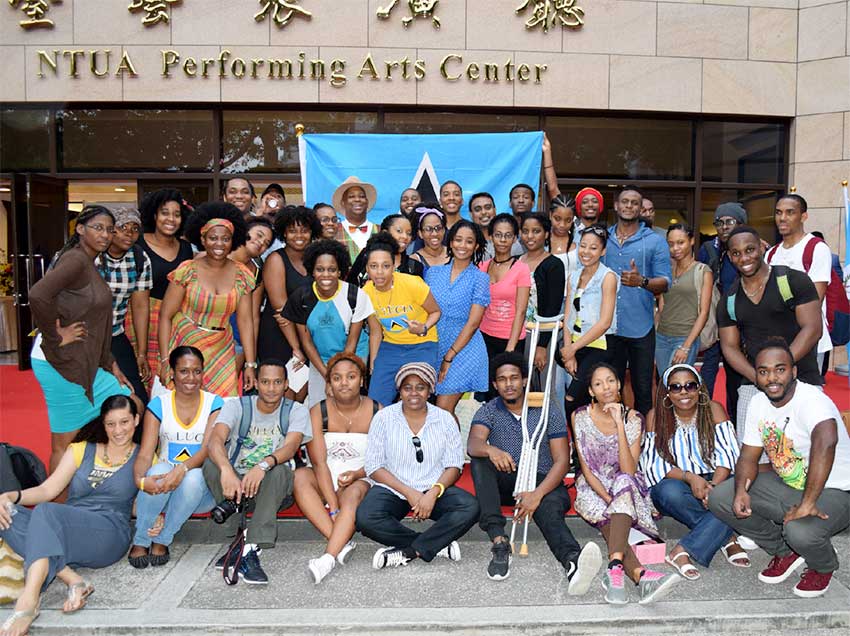 The event, which was organized by the Ministry of Foreign Affairs of Taiwan and the Embassies of Diplomatic Ally Countries of Taiwan from Caribbean and Latin America, featured song, dance and other cultural traditions of Latin American and the Caribbean and also Taiwan. The participating countries were Belize, Dominican Republic, El Salvador, Guatemala, Haiti, Honduras, Nicaragua, Panama, Paraguay, St. Kitts/Nevis, St. Lucia and St. Vincent and the Grenadines.

For its part, St, Lucia presented a Masquerade Dance, featuring Papa Djab, TiDjab, Mary Anset, Acrobat, masquerade dancers, and PyeBanan. The presentation was well received by the over 900 patrons in attendance. Mary Anset, Pie Banan dancers and Papa Djab, in particular, thrilled the audience with their performances.

The Embassy of St. Lucia in the Republic of China (Taiwan) which coordinated St. Lucia’s participation would like to express its gratitude to June Frederick of the Folk Research Centre for assisting with the costumes and other pieces needed for the presentation.