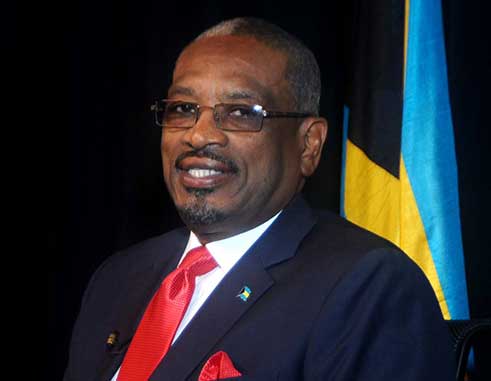 THE first order of business for new governments has become promises of creating economic growth and investigating previous administrations. How ironic that focusing on a better future always forces us to unearth perceived sins of the past.

In the past week, the new Bahamian government took on that responsibility. Prime Minister, Dr. Hubert Minnis, who was sworn in last Thursday, has already indicated that his would be a “people’s government”, adding that transparency and accountability would return to that country after a five-year absence.

Dr. Minnis on Thursday thanked Bahamians for placing their trust in his party, promising that the new administration would “honour this trust with an unwavering commitment to good governance, the rule of law, transparency and accountability. We will respect the Constitution and we will abide by the long-standing and testing conventions of our parliamentary democracy.”

Among those promises, Dr.Minnis included government’s pursuit of those who might have abused the public trust, saying “they have something to fear”. Consequentially, the Auditor General will be provided the requisite resources to investigate how the previous Perry Christie administration spent taxpayers’ dollars. The law will take its course, Dr.Minnis said, if there is any evidence of “criminality”.

Christie, who led the Progressive Liberal Party (PLP) for the past twenty years, hastily quit the leadership following his party’s 35-4 seats loss to the Free National Movement (FNM) at the May 10 polls. After winning eight consecutive elections, he lost his Centreville seat by four votes.

Dr.Minnis’ pronouncements mirror those of St. Kitts and Nevis Prime Minister, Dr. Timothy Harris, whose administration seems adamant that inappropriate actions were taken by the previous administration in the twin-island federation. Despite a positive turnaround in the economy, hunting down the paper trail of the past seems to be a permanent fixture on the government’s agenda.

Last week, the St. Kitts and Nevis government deactivated passports belonging to two economic citizens of Chinese descent who are alleged to have defrauded state institutions in China of nearly US$100 million. The two, who applied for passports under the Citizenship by Investment Programme (CIP) in 2013 – during the Denzil Douglas administration – and have lived in the country since 2014, were issued passports which bore no country of birth, which might have led to the Canadian government revoking visa-free status to citizens from the Federation due to “concerns about the issuance of passports and identity management practices within its (St. Kitts and Nevis’) Citizenship by Investment Programme.”

In March, Dr. Harris said his government had deactivated all passports issued by the previous administration without the country of origin stated – 15, 327 of them, including 15, 197 regular passports, 91 diplomatic passports and 39 official passports. The amount of passports deactivated accounts for 30% of the country’s population. Accountability for CIP funds under the previous administration remains a relentless quest for the current government.

In Saint Lucia, the current administration’s tackling of both the economy and investigating perceived mismanagement by the past administration seems a tough task for the Allen Chastanet government. Nevertheless, the nearly-one-year-old government has pledged to do remarkably on both fronts.

To date, however, investigations have simply revealed information that has done nothing but cost us nearly $1 million in a technical audit of an incomplete hospital besieged with cost–overruns and the economy is yet to receive the shot in the arm it deserves.

Interestingly, the current government has already been put on notice by the opposition Saint Lucia Labour Party (SLP), which has promised to rescind any policy it deems unpopular when it next takes the helm of government, including revoking passports issued under the CIP that do not meet the original requirements of the programme.

The cycle of tit-for-tat politics is an unending game. The players may change but the playbook remains the same. Every new government gets into office and promises to undo what its predecessor did, only to have the same done to them sooner. If you read between the lines, though, you might well notice that the more they say they are willing bring change is the more you realize nothing really ever does.