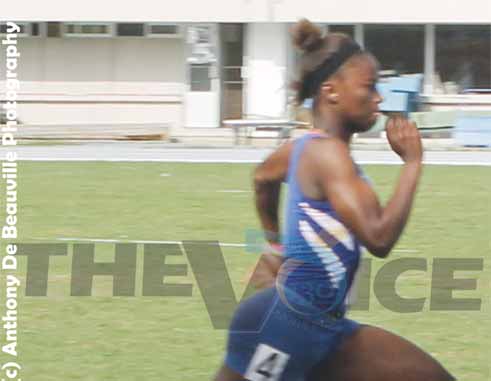 Organisers of the FLOW CARIFTA Games 2017, including International Association of Athletic Federations (IAAF) and the North American, Central American and Caribbean Athletics Association (NACAC), have described the Games as “a big win for Caribbean sports fans, and a new standard for excellence in sports broadcasting across the region.” More than 500,000 viewers in the Caribbean caught over 15 hours of high-definition coverage live from the ErgilioHatoStadion, in Willemstad, Curacao. In addition, through partnership with US sports network, Eleven Sports, and online sports website, Flotrack.org, more than 70 million households across North America had access to the Games. To reach an even wider global audience, FLOW also partnered with www.dailymotion.com, which reported that more than 14,000 hours of live CARIFTA games coverage was viewed via the site over the three days.

“A huge success is how the 2017 FLOW CARIFTA Games will be remembered and because of FLOW the world now has the chance to see the future of Caribbean athletics like they have never seen,” said Victor Lopez, President of NACAC.

“It is the first time that Curacao has hosted a sporting event of this size and the organisers and broadcasters did a fantastic job. All the feedback I’ve received is that people are pleased with what they saw. NACAC is especially proud of the invaluable partnership with FLOW and FLOW Sports for the sponsorship and broadcast of the FLOW CARIFTA Games throughout the Caribbean and the world.”

Lord Sebastian Coe, President of the IAAF, also heaped praise on FLOW for its coverage of the Games.

“There is no Caribbean athlete (who) has graduated to the very highest level of sport that cannot look to the opportunities that the FLOW CARIFTA Games has afforded them, and I want to congratulate NACAC for establishing its relationship with FLOW,” he said during a press conference on the opening day of the Games.

He added: “It is very important there is now a relationship that allows the FLOW CARIFTA Games to be seen not just around the region, but across the globe on a number of platforms. This is the future of our sport.”