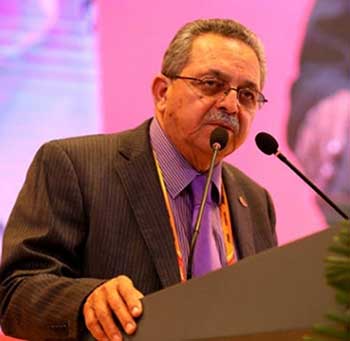 SAN JUAN, Puerto Rico – Officials of the North American, Central American and Caribbean Athletics Association (NACAC) are rejecting a proposal by the European Athletics Council which is recommending the rewriting of athletics records book.

The proposal, announced by European Athletics president, Svein Arne Hansen, calls for the rewriting of all athletics world records set prior to 2005.

“What we are proposing is revolutionary, not just because most world and European records will have to be replaced but because we want to change the concept of a record and raise the standards for recognition a point where everyone can be confident that everything is fair and above board.”

However, NACAC president, Victor Lopez, is calling on the IAAF not to include such proposal on the agenda of the IAAF Council Meeting in London.

“As the Area Representative and President of NACAC, I am calling for the IAAF not to entertain such a proposal in the upcoming IAAF Council Meeting in London as that will take away the positive media attention from the great World Championships that London will be delivering with Usain Bolt saying goodbye to the most significant career of any sprinter in the history of our sport,” said Lopez.

“After discussion with our Council, the NACAC position is that this is just one IAAF Area proposal to create a new set of European records, but at this point there is no plan by the IAAF to reset world records. If and when any such proposal is on the table at the level of the IAAF, we will ensure that the interest of the athletes who hold bona fide records and whose status as clean athletes is well-established will be protected,” he added.

Lopez is instead proposing for the IAAF Integrity Unit, which is already active, to work alongside the International Olympic Committee (IOC) to ensure that clean athletes are protected.