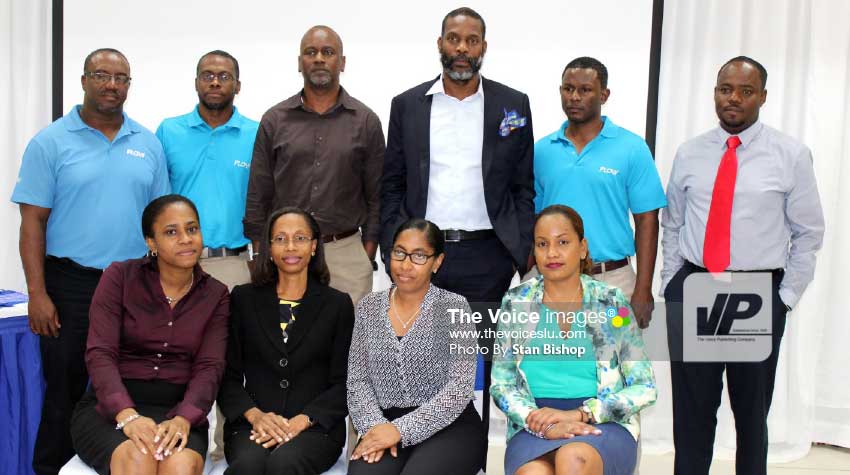 CUSTOMERS experiencing problems with FLOW’s fixed network will have to wait until summer before the company irons out the teething issues.

FLOW Caribbean President, Garfield Sinclair, told the media recently that while the company continues to be inundated with complaints from customers, the company remained focused on rectifying that matter.

Sinclair was on island to meet with FLOW officials and government officials as part of a strategic tour throughout the region to assess some of the challenges faced by all stakeholders, including customers and staff. He said the unstable network system was among many topics discussed.

“Obviously our colleagues are passionate about making our network more stable,” Sinclair said. “We’re in the middle of resolving that issue. The HFC network is congested, frankly. We have a bunch of customers and we’re going to expand it and resolve that congestion issue. So we expect to dramatically improve the service that we provide to customers by early summer.”

However, FLOW Country Manager, Chris Williams, said consumers should even expect the broadband congestion to be resolved before then: “We are working to actually resolve this – before summer, as far as I’m concerned. Every time we go out, we actually get those queries and concerns. So we’re trying to as quickly as possible resolve it.”

Williams added: “We are in the midst of having all the equipment and infrastructure ready to go. It’s just a matter of doing the implementation and the configuration. So we’re going to get it done as soon as possible.”

Sinclair said the company, formerly Cable and Wireless, which merged with Columbus and was eventually acquired by Liberty Global, is set to invest close to US$10 million in Saint Lucia this year as part of a new investment structure.

Despite giving the assurance that the company was sparing no effort to beef up its service, Sinclair said he was “incredibly impressed with the level of engagement of staff, the focus of the senior leadership team in dealing in an incredibly competitive market that’s only set to get more competitive.”

“We’ve got a team on the ground which, I think, has seized the opportunities that are available for us and I’m just encouraged by everything I’ve seen on the ground here in Saint Lucia,” Sinclair said. “I’m looking forward to the future with additional competition, which is going to make us leaner, meaner and better.”