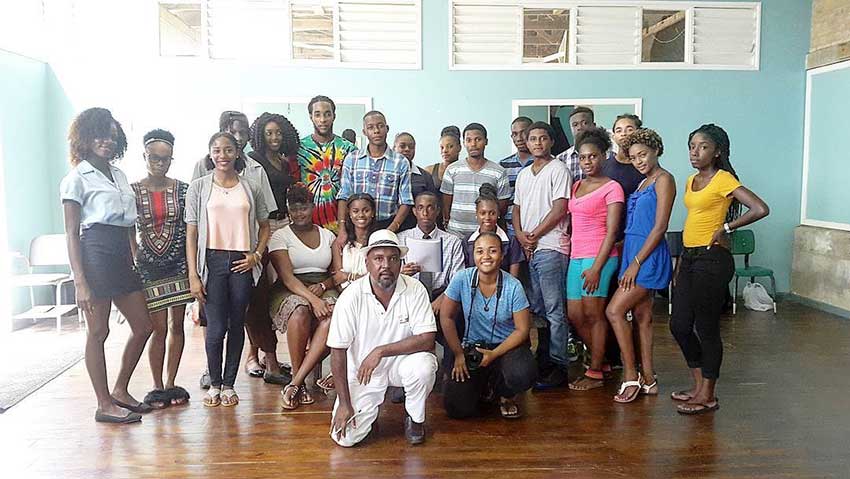 “THE Fight for Belle Vue” tells the story of two brothers, Tonne and Kosh, along with their families who are caught up in a battle over the family estate at Belle Vue. Kosh would like to sell a significant part of the estate to Henri Laroche, an American investor, who wishes to construct a tourist resort. Laroche visits the island and attempts to seal the deal with Kosh. However, Kosh needs Tonne as a signatory to the agreement but the elder brother insists that the land which they have inherited from their ancestors should be left for succeeding generations.

Whereas the disagreement over the land provides the central conflict in the play, there are also serious issues of religion and identity among the members of this family. Tonne is a high priest of the African-derived Kèlè religion, maintaining the tradition of his Djiné (Guinea) ancestors but Kosh and his wife, Meredith, have joined a Pentecostal church and consider Tonne’s practices as evil. Tonne, though aging, is as determined to maintain the Kèlè traditions as he is to keep the land. Ironically, he believes that it is his sister-in-law Meredith who is guilty of evil practices and blames his wife’s death as a wicked act of jealousy perpetrated by her.

Through the “The Fight for Belle Vue” also run the subplots involving the love relationships between Sandra, the dancer, and Gavin, the aspiring politician. Sandra is Tonne’s daughter and Gavin is Meredith’s brother. Sandra — also the leader of a dance troupe — seeks Gavin’s assistance to acquire contracts for her dancers at a large hotel. Gavin in turn appears to see the popularity of Sandra and her folk dancers as his political base in the community.

The plot and subplot merge when Meredith persuades her brother Gavin to use his influence with the Prime Minister to have government effect a compulsory acquisition of the land for developing the tourist resort. Tonne refuses to succumb to the pressure, his daughter and her dancers throw their support firmly behind him and “The Fight for Belle Vue” becomes more than a fight for land but also a battle of art, love, religion, politics and power.