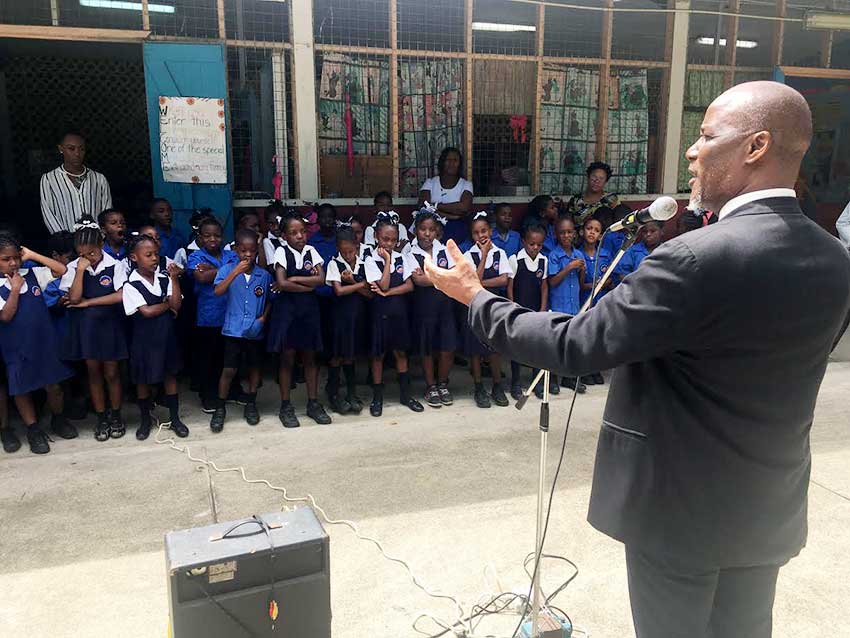 PRESS RELEASE – AS part of activities to commemorate the Castries Constituency Council’s (CCC) 50th anniversary, Mayor Peterson Francis on Tuesday concluded a series of school visits, which he hopes highlighted the role and function of the Council and the Office of the Mayor.

The school tours commenced last week Friday and included official visits to fifteen schools within District 4. The students were educated and quizzed on the relevance of the Office of the Mayor and the CCC.

“It just might be a first for a Mayor of Castries and I am thankful that the opportunity was given to me. It is my view that what obtained in the past years cannot be accepted as the norm. Hence, moving forward, we need to play a greater role in the development of the country and decentralize the functions of, and contributions towards, the different sectors. We need to elevate, motivate and educate our children as well,” noted Mayor Francis.

Mayor Francis expressed gratitude to District Education Officer, Fiona Mayer, for accommodating his entourage and gave his commitment that assistance in whatever way possible will be provided in order to improve the service delivery at the institutions.

The mayor plans to visit more institutions later this month.